After graduating from the School of Political Science and Economics of Junior College at Waseda University in 1931, he joined "Tokyo Asahi Shimbun" Newspaper Cpmpny the same year. After having worked as a journalist, he joined Nihon Seitetsu (Nihon Steel Co.) in 1937. During the war, he served as director of Tekko-Tosei-kai (Steel Control Association) and the director-general of the General Affairs Bureau. He was elected a member of the House of Councillor s in the first election of the House of Councillors (elected three times in total) in 1947 and served as the parliamentary Vice-Minister for Economic Stability in the Ashida Cabinet in 1948. He joined Yahata Seitetsu (Yahata Steel Works) which had been created as a result of the dismantling of Nihon Seitetsu (Nihon Steel Corporation) in 1950. After having served as the administration director, and as an executive, he became the vice-president of the company in 1962. He took the position of the vice-president of Shin Nihon Seitetsu (Nippon Steel Corporation) in 1970 playing an important role as a conduit between the political world and the business world. He served as a member of National Public Safety Commission from 1965 to 1973. He also served as director of Gogaku Kyoiku Shinkoukai (Association for Language Education Promotion), Foundation for Promotion of Cancer Research, and Japan Sports Association, as well as board member of various organizations. 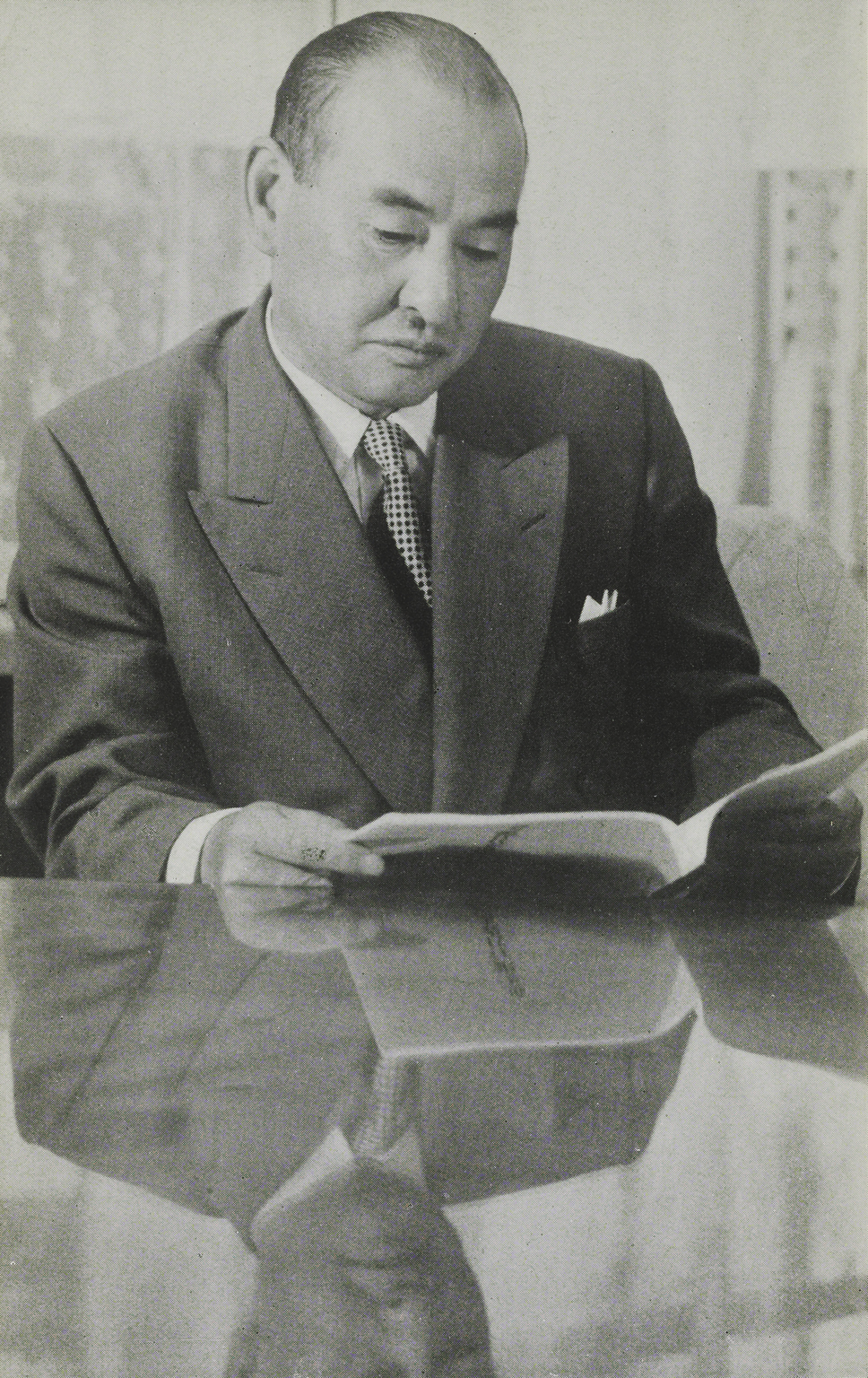