Born in Kochi. In 1909, he graduated from the Military Academy. After serving as a second lieutenant in the infantry, he became a first lieutenant in 1913. From his early childhood he had showed enthusiasm in the study of aircraft, and the visit to Japan of the American aviator James "Bud" Mars led him to make up his mind to become an aviator. In July 1913, he accomplished that ambition. On April 26 in the following year, on his way back to Tokorozawa from Aoyama, his aircraft engine failed and he died in the crash. 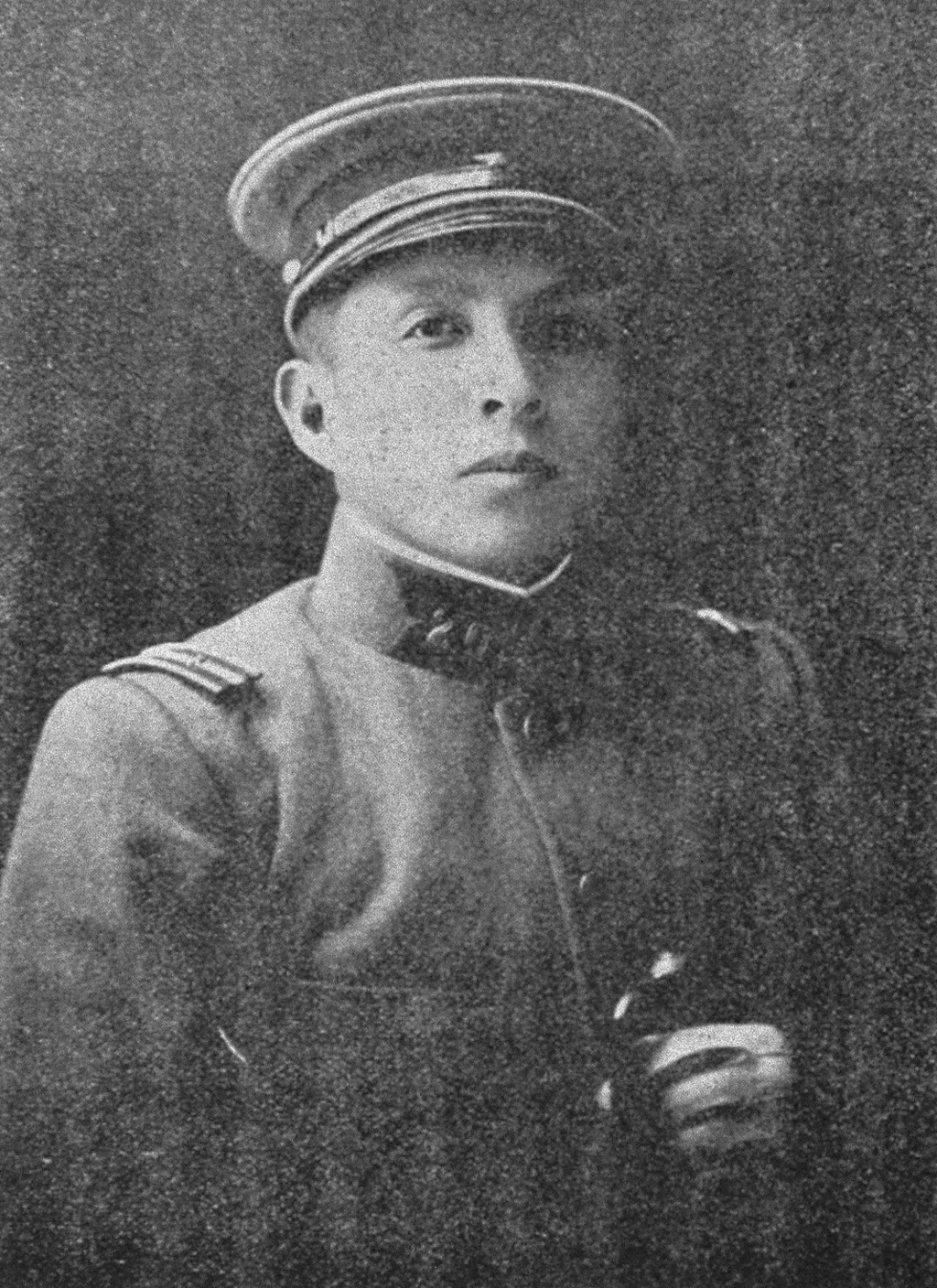