Statesman, people's rights activist. Born in Kochi. He was a samurai of the Kochi Clan. After being promoted by the lord Toyoshige Yamauchi he seized the real power in the clan's politics. Supporting the kogi seitairon (political theory focused on parliamentary system) of Ryoma Sakamoto, he persuaded the Shogun Yoshinobu Tokugawa to restore the political power to the Emperor (taisei hokan). After the Meiji Restoration, he held important posts in the new government, but in 1873 he resigned from the post of sangi (councillor) in the "conquer Korea debate". Jointly with Taisuke Itagaki, he submitted a memorandum calling for the establishment of a popularly elected parliament, and also took part in the formation of the Liberal Party, which developed the daido danketsu (coalition) movement in 1887. In 1889, he became the Minister of Transport, Posts and Telecommunications in the Kuroda cabinet. He remained in that post in the first Yamagata cabinet and first Matsukata cabinet. In the second Ito cabinet he became Minister of Agriculture and Commerce. 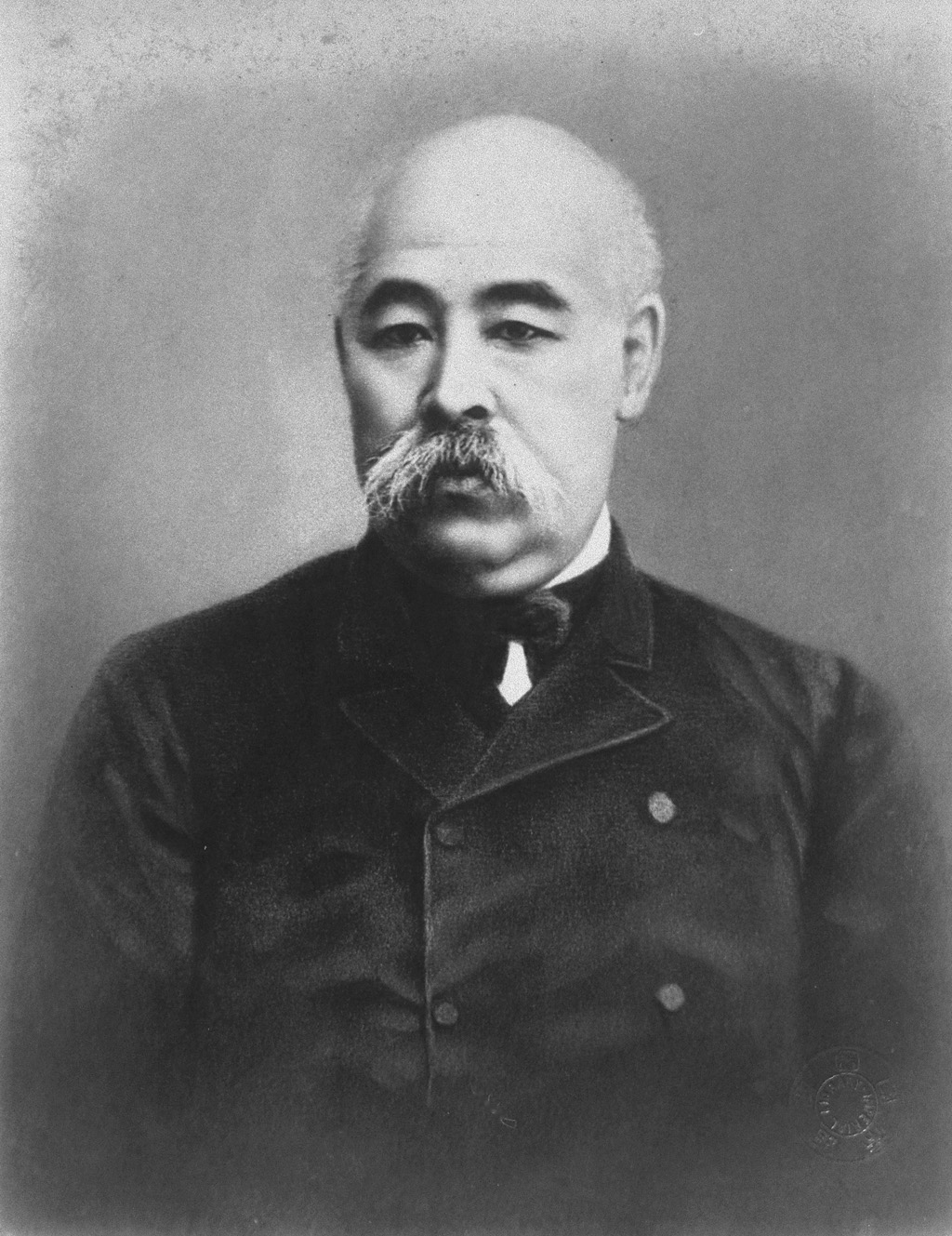