Statesman, later becoming a genro (elder statesman). Born in Kagoshima, the son of a samurai of the Kagoshima Clan. He contributed to the establishment of the Satsuma-Choshu Alliance. During the Boshin War, he commanded at the Battle of Goryokaku and spared the life of the enemy general Takeaki Enomoto. After the Meiji Restoration, he engaged in the management of Hokkaido, serving as vice-director-general of the Hokkaido Development Agency and later its director-general, establishing Sapporo Agricultural College and introducing the system of setting soldiers on the land. In 1876, he concluded the Japan-Korea Treaty of Amity as ambassador extraordinary and plenipotentiary. He resigned from the post under Political Crisis of 1881. After serving as Minister of Agriculture and Commerce in the first Ito cabinet, he became Prime Minister and attended the promulgation ceremony of the Constitution of the Empire of Japan. Later he became a privy councillor, and then chairman of the Privy Council. 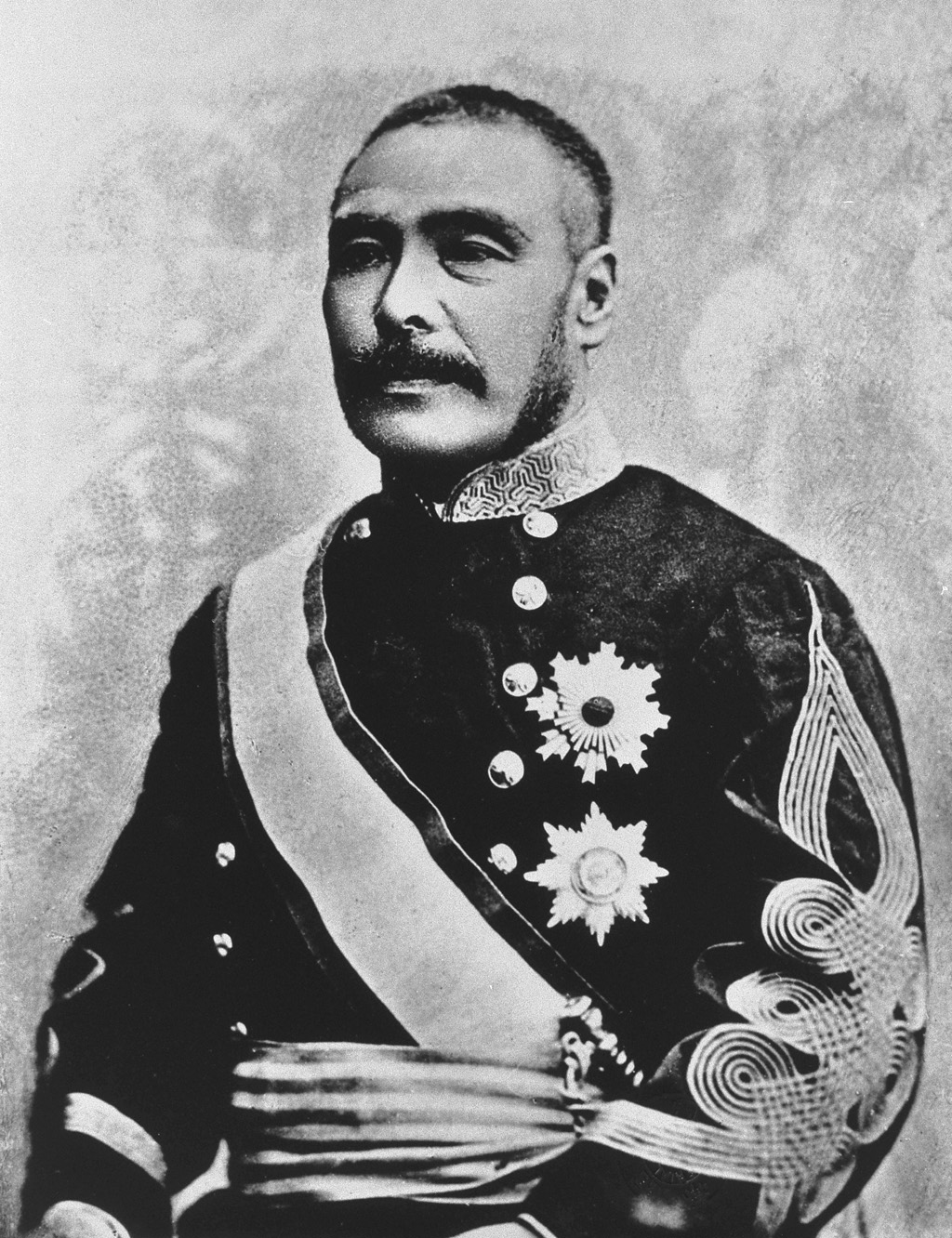