Novelist. After graduating from Tokyo Women's Higher School in 1888, she worked at Iroha, a butcher shop in Asakusa which was run by her father. In 1889, at Aeba Koson's recommendation, she started to write the series Fujyo no Kagami (A Great Example of Women) in Yomiuri Shimbun, in which she depicted a progressive female main character and got the public's attention. She later published Misao Kurabe (1889) and Wakamatsu (1890) in the same paper, but passed away of influenza in 1890. 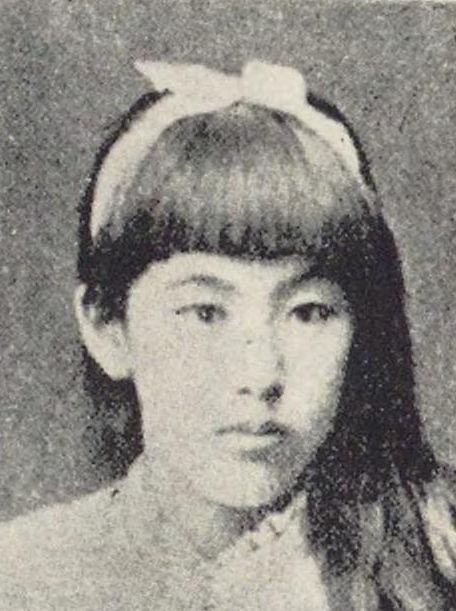