Military officer and genro (elder statesman) Born in Kagoshima, a scion of the Kagoshima Clan. He was a cousin of Takamori Saigo. In 1870, he went over to France to study and observed the Franco-Prussian War. The following year, he returned to Japan. After promotion to army major general, he went to France again for further study. On his return home, he engaged in the construction of the army. He served as commander in chief of the Detached First Brigade during the Satsuma Rebellion. Later, he successively held posts such as vice-chief of the General Staff Office, rikugunkyo(War Minister), and Minister of War from the first Ito cabinet to the second Matsukata cabinet. During this period, he became an army general and privy councillor. During the Sino-Japanese War, he was treated as a genro (elder statesman) and became commander of the Second Army. In 1898, he became marshal, and chief of the General Staff in the following year. During the Russo-Japanese War he served as general commander of the Manchuria Army. In 1907 he received the title of koshaku (prince), and from 1914 he served as Lord Keeper of the Privy Seal. 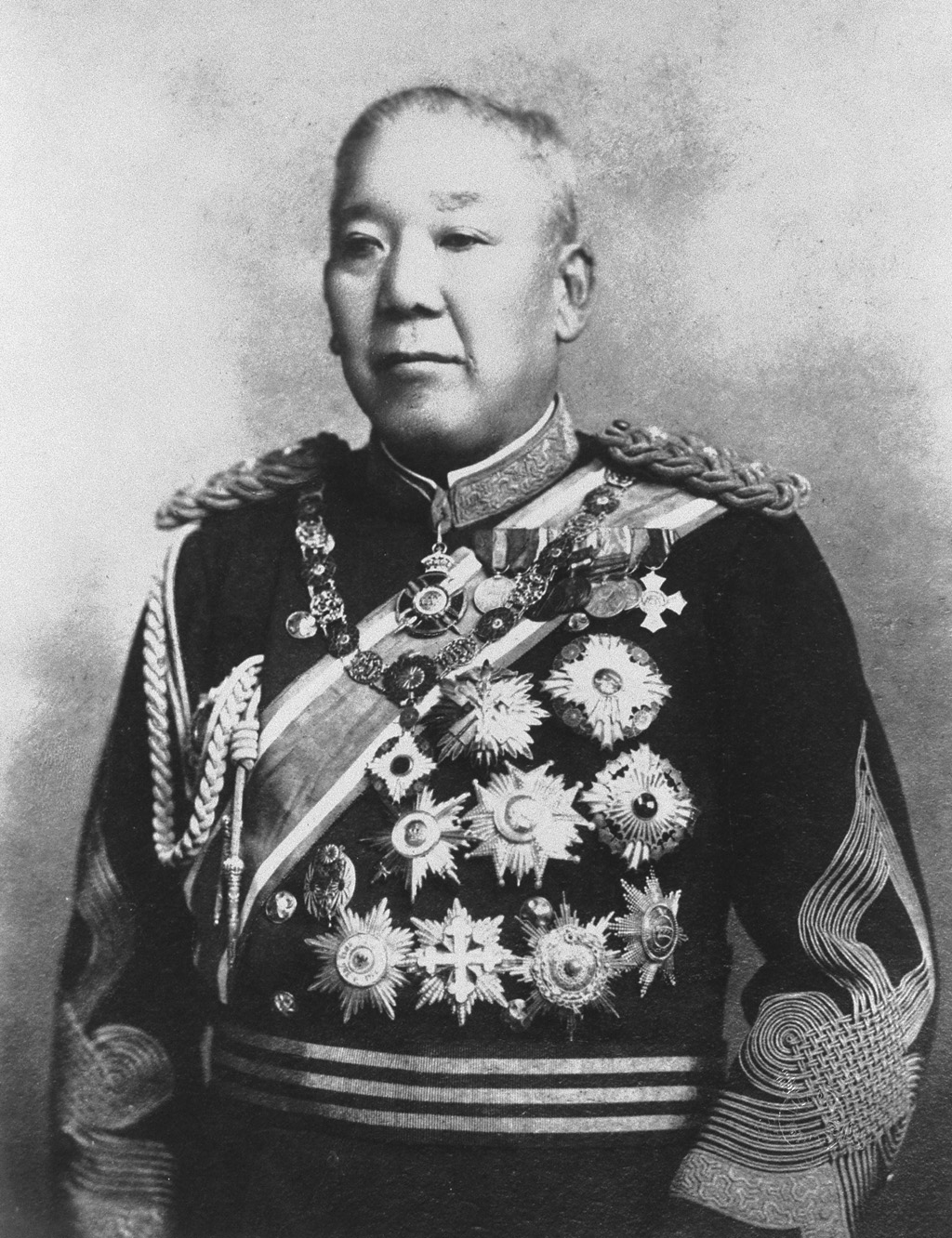