Confucian scholar and political thinker. Born in Kumamoto as the son of a samurai of the Kumamoto Clan. Around 1843, he opened a private school called Shonan-do, advocating a practical-minded Neo-Confucianism "Jitsugaku". In 1858, Yoshinaga Matsudaira (Shungaku), the lord of the Fukui Clan, invited Yokoi to be his political advisor. Yokoi wrote "Kokuze Sanron" (the Three Major Discussion of State Policy). In the wake of Shungaku Matsudaira's installment as seiji sosaishoku(shogunal prime minister) in 1862, Yokoi became involved in the shogunate governmental reforms at Edo. He supported kobu gattai undo (the movement for union of Imperial Court and Shogunate), which eventually failed. He was expelled from the clan and returned to Kumamoto to live under confinement at home. He kept in contact with Kaishu Katsu, Ichio Okubo, and other royalists from various regions. After the Meiji Restoration, he was installed as san'yo (senior counselor), but was assassinated by a conservative. 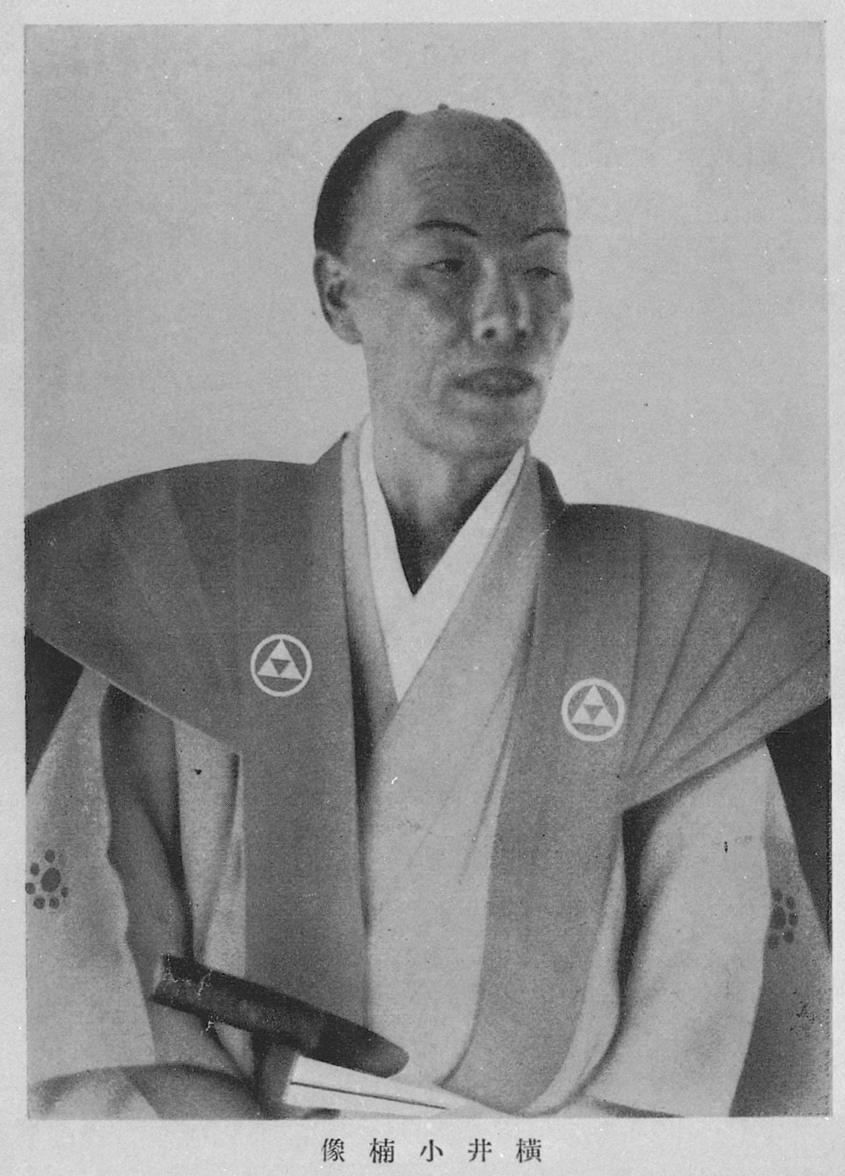