Sumo wrestler. Born in Oita. He entered the Tatsunami stable in 1927. He won a series of victories while in the position of No.3 maegashira in 1936, after which he was promoted to the 35th yokozuna (grand sumo champion) in January 1937. His uwatenage (overarm throw) from migiyotsu is famous for its incomparable strength, and he won an unprecedented 69 matches before the New Year Tournament of 1939. He recorded 276 wins, 68 losses, 1 draw, and 33 yasumi (absence) while staying in the makuuchi division. Futabayama retired in November 1945, assuming the Toshiyori's (sumo elder's) name of Tokitsukaze. In 1957, he became the Chairman of the Japan Sumo Association, making contributions to the reconstruction and reform of the postwar sumo world. 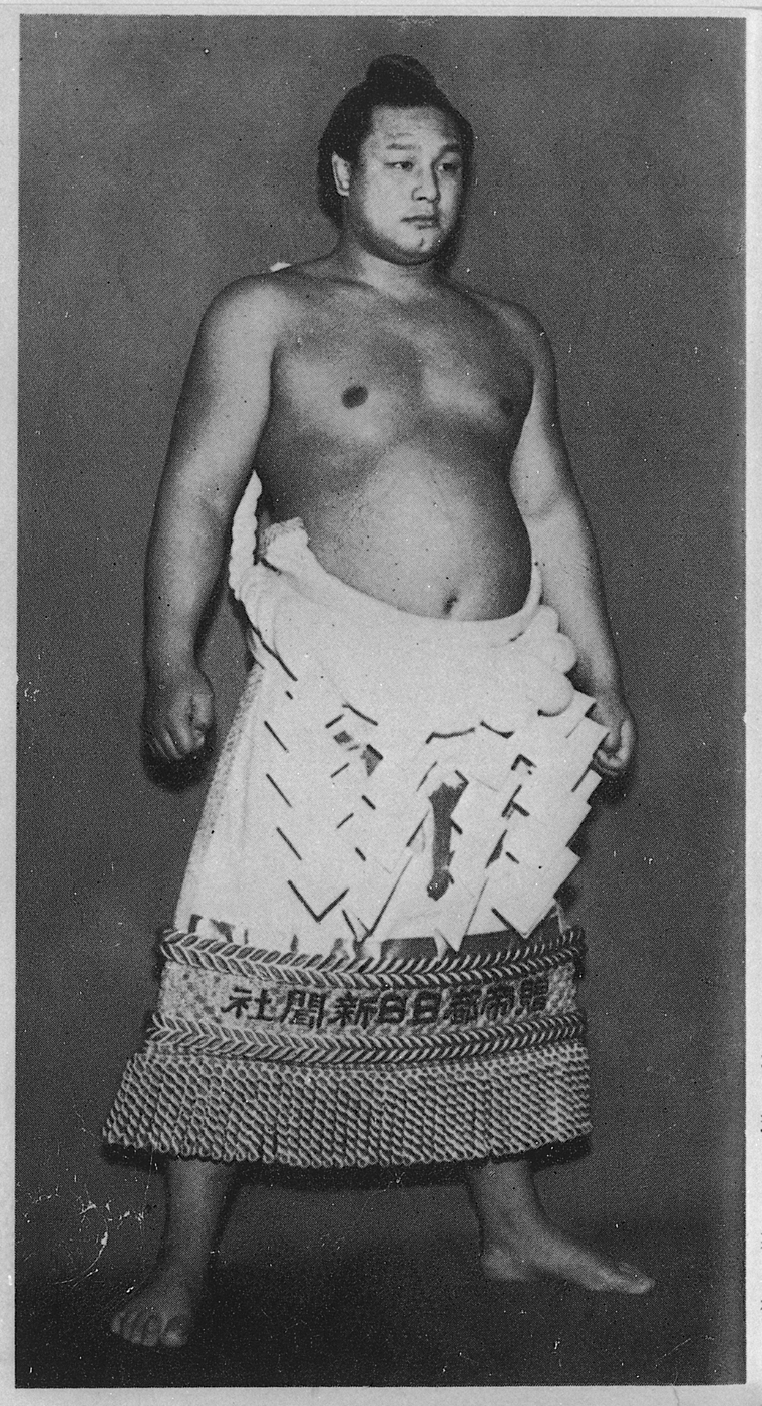