Statesman and thinker. Born in Kochi, the son of a samurai of the Kochi Clan. After studying French studies in Nagasaki and Edo, he went to France to study in 1871. Returning to Japan in 1874, Nakae opened Futsugaku Juku. In 1875, he became a gonsho-shokikan (lower-ranked secretary) of the Chamber of Elders but resigned in 1877. He helped found the "Toyo Jiyu Shimbun" (Oriental Free Press) in 1881 and became its chief editor. He became a theoretical leader of the Freedom and People's Rights Movement, advocating French-style theory. In 1887, he was sentenced to a two-year exile from Tokyo under the Peace Preservation Law for criticizing high-handed ways of clan clique-based government. Although he was elected as one of the first members of the House of Representatives in 1890, he resigned the following year. He wrote and translated many books including a translation of Rousseau's "Social Contract""Min'yaku-yaku-ge", "Sansuijin keirin mondo" (A Discourse by Three Drunkards on Government), "Ichinen yuhan" (A Year and a Half). 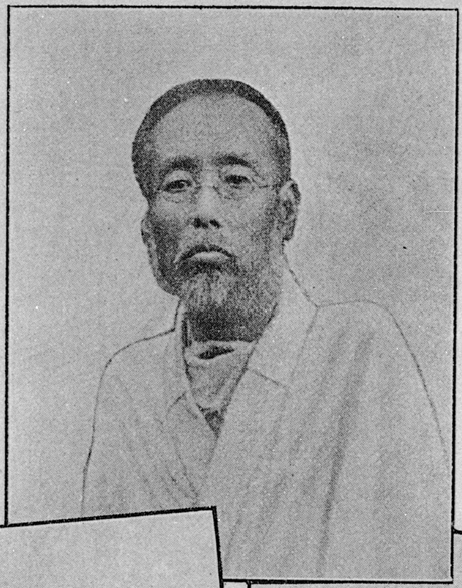