Educator. Born in Tokyo as the daughter of Sen Tsuda, who was a vassal of the Shogun and an agricultural scientist. In 1871, she went to the United States to study in company with Iwakura Mission after she was recruited by the Kaitakushi. St the age of 8 (counted in the old Japanese way), she was one of the first Japanese women to study abroad. She received primary and secondary education in the U.S. and returned to Japan in 1882. After she served as a professor at the Kazoku Jogakko, she went to the United States again in 1889 to study as a special student in biology at Bryn Mawr College. After finishing her courses and returning to Japan in 1892, she began teaching again at both the Kazoku Jogakko and the Higher Normal School for Women. She resigned from these teachings posts and founded the Joshi Eigaku Juku (English School for Women ,later Tsuda College） in 1900 to promote English learning and education that was respectful of individuality. She was a pioneer of higher education for women. 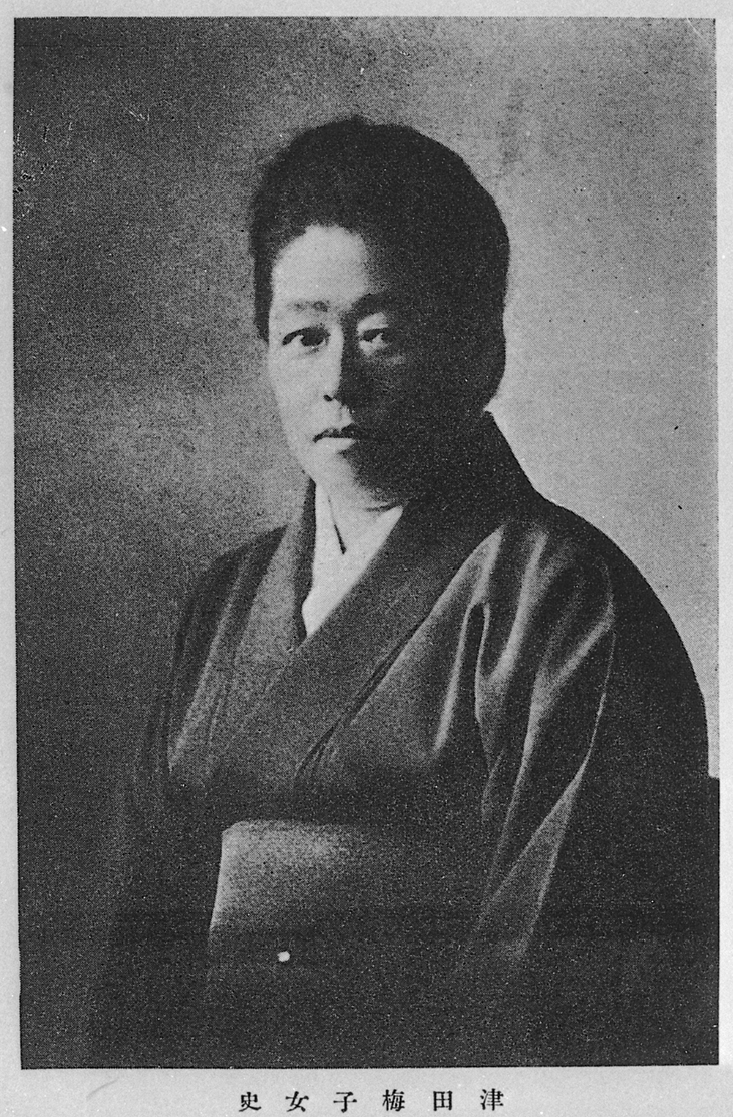