Novelist and haiku poet. Born in Tokyo. He dropped out of the Imperial University. In 1885, while studying at a preparatory school for university, he formed the Ken'yusha and issued its organ "Garakuta bunko" (Library of Odds and Ends), jointly with Bimyo Yamada and others. His breakthrough novel is "Ninin bikuni irozange" (Love Confessions of Two Nuns) of 1889, which allowed him to join the Yomiuri Shimbun newspaper company in the same year. He published writings such as "Kyara makura" (Aloeswood Pillow) (1890) and "Tajo Takon" (Passions and regrets) (1896) in the Yomiuri. His very successful serial, "Konjiki Yasha" (The golden demon),began in 1897 but was left unfinished due to his death from illness. He fostered and instructed many pupils including Kyoka Izumi. 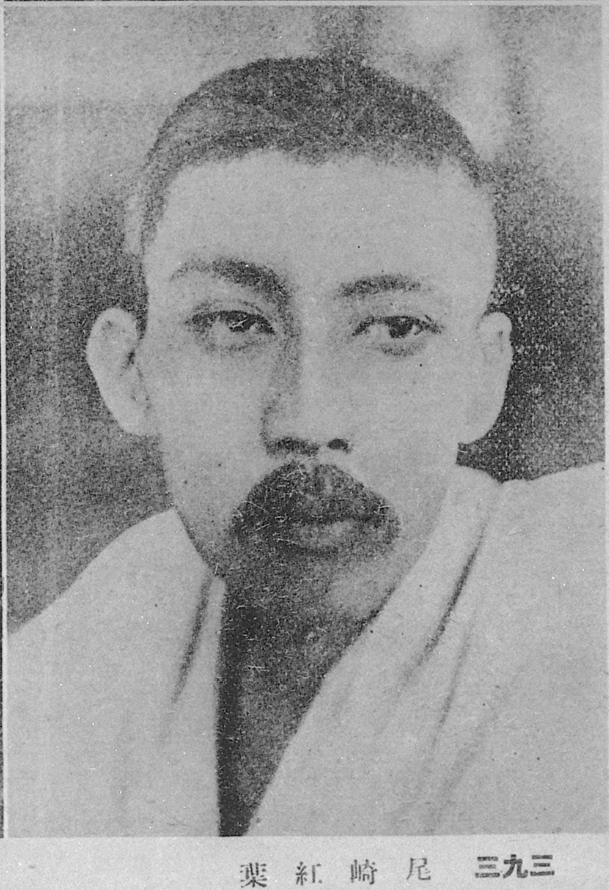