Businessman. Born in Kochi, the son of a jigeronin (former lower-ranked, rural samurai without a master to serve). Founder of the Mitsubishi Zaibatsu (Mitsubishi financial group). He found a job in the Kochi Clan, and engaged in trading business at Kaiseikan Nagasaki branch. In 1869, he was transferred to Osaka Shokai of the same clan. When the haihan chiken (the abolition of clans and establishment of prefectures) was implemented, he took over the enterprises that had been run by the clan and established the Tsukumo Shokai, later renaming the company Mitsubishi Shokai, and finally, Mitsubishi Mail Steamship Co. The company was responsible for military transportation of the Taiwan Expedition and the Satsuma Rebellion. It also attempted to enter various markets such as mining, shipbuilding, finance, and trade. Mitsubishi competed fiercely with Kyodo Un-yu Kaisha, a rival steamship company, but Yataro died from illness in 1885. His younger brother Yanosuke and his eldest son Hisaya took over his business. 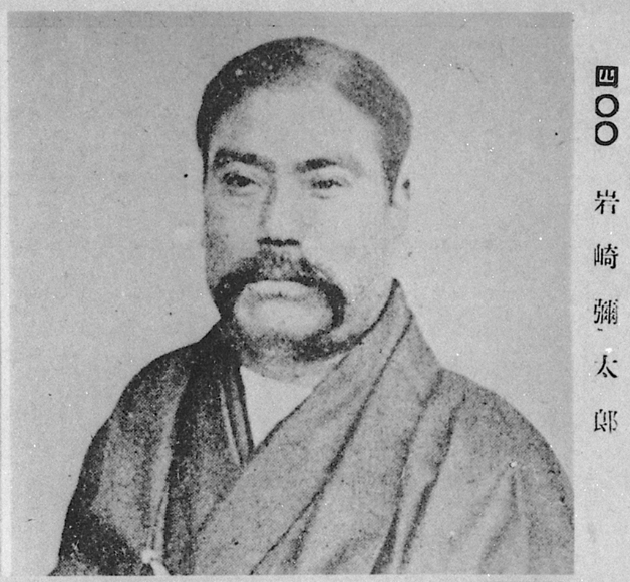