Military officer. Born in Ehime, the son of a samurai of the Matsuyama Clan, and older brother of Saneyuki Akiyama. A graduate of the Military Academy. After studying at the Army War College, he went to France to study in 1887. After the Sino-Japanese War, he endeavored to establish a department for training cavalry soldiers after he became principal of the Military Riding School. He took an active part as Commander of the cavalry division in the Sino-Japanese and the Russo-Japanese Wars. After the Russo-Japanese War, he successively held important posts including Supervisor of the Cavalry Division, Commander of the Imperial Guard Division, and Commander of the army stationed in Korea. Akiyama was promoted to Army General in 1916. He became the Inspector General of Military Training in 1920, and was transferred to the reserve in 1923. When he finished his military career, he served as the principal of a junior high school in Matsuyama, his hometown. 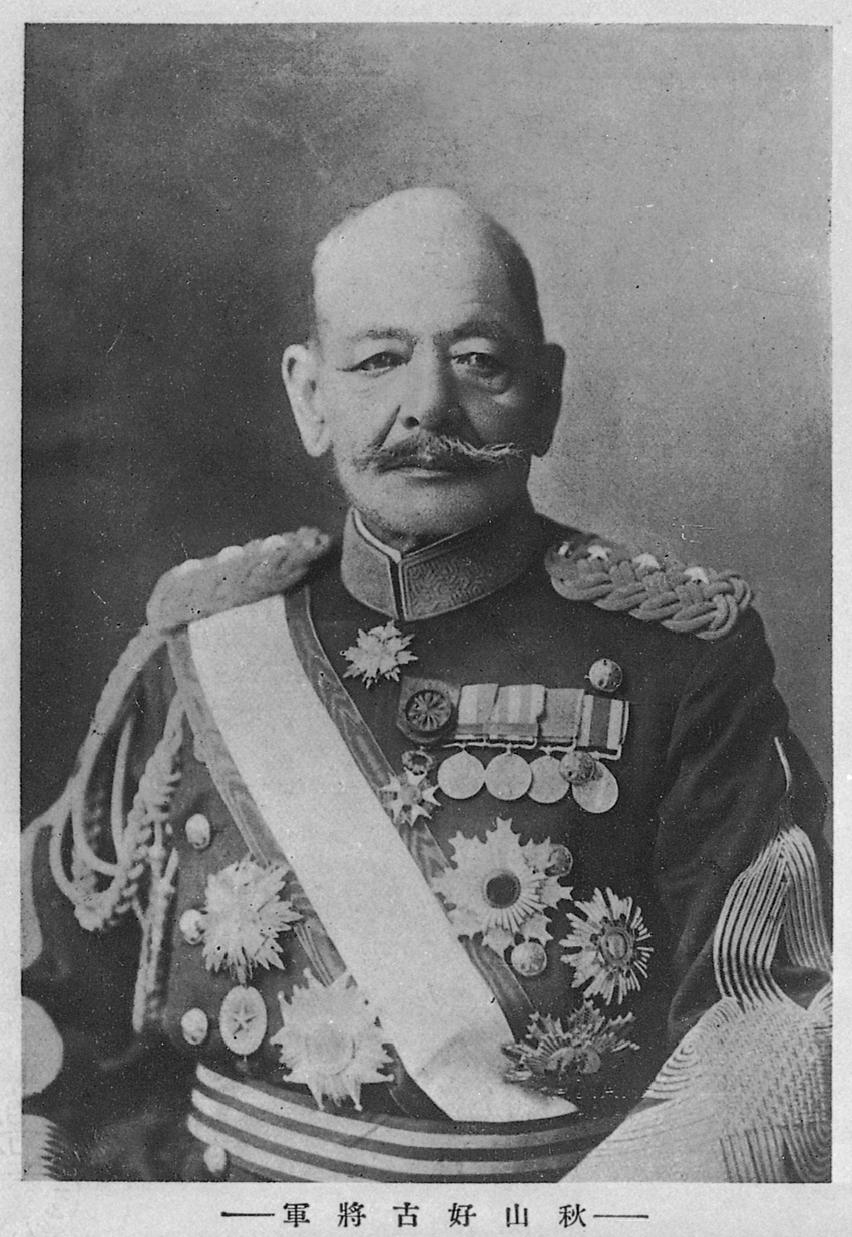