Military officer. Born in Ishikawa, the son of a former Kanazawa Clan samurai. He graduated from the preparatory course of the Fourth High School, the Military Academy and the Army War College. He served in the Russo-Japanese War. He successively held military posts including chief of the Army War College, commander of the Imperial Guard Division, commander of the Japanese forces stationed in Korea, and in 1932, he became an army general. He served as War Minister in the Saito and Okada cabinets. In February 1937, he became Prime Minister. While his cabinet held a basic policy of the unity of religion and state except political parties, deliberations in the parliament were bogged down and he dissolved the parliament. As the opposition party swept the subsquent election, his cabinet resigned in May. It was a short-lived cabinet with a term of only four months. 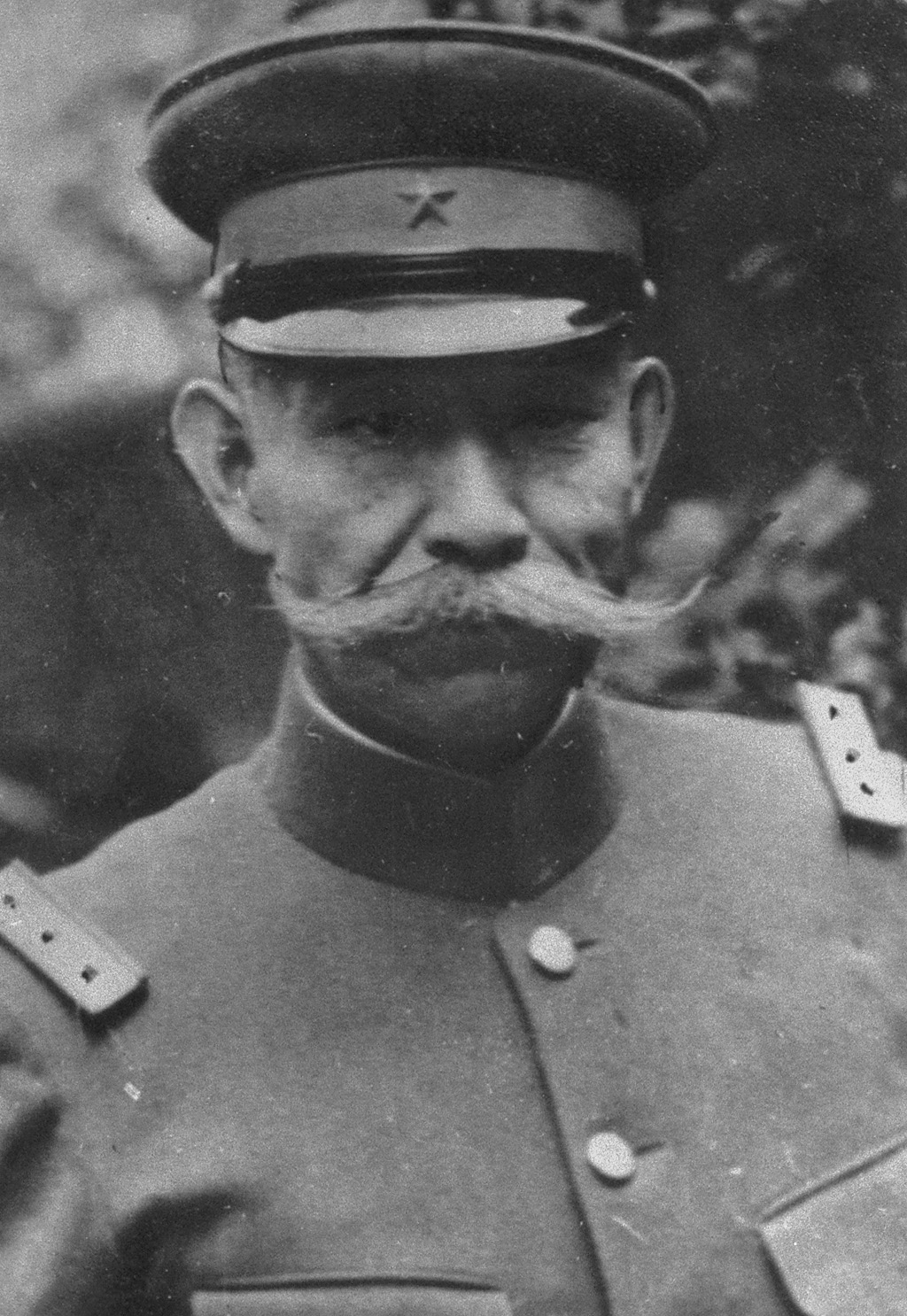