1 The Aizu War and Wakamatsu Castle

Wakamatsu Castle (Tsuruga Castle) became the stage of the Boshin war as the castle where the lord of the Aizu clan resided.
Even amid the larger Boshin war, the fighting in Aizu was particularly violent and engulfed the town at the foot of the castle. It is also known as the Aizu war. 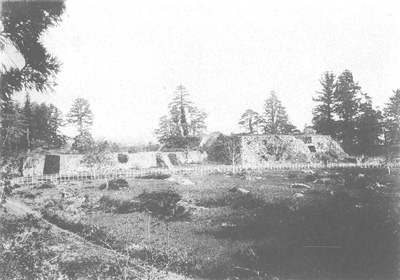 From the Battle of Toba-Fushimi to the surrender of Edo

On January 27, 1868, the military conflict between the Shogunate government and the Satsuma clan in Kyoto's Toba-Fushimi quickly escalated into the overthrow of the Shogunate, beginning the Boshin war.

These terms led to the rise of a faction that advocated war and an overall position of resistance among even the Aizu clan, which originally showed willingness to comply with the troops of the imperial court and the new imperial government.

Wakamatsu Castle enveloped in the flames of war

The fighting between the troops of the new imperial government and the Aizu clan began with the battle at Shirakawa Castle on June 14, 1868. The battles were vicious, with valiant efforts by the Shinsen-gumi led by Hijikata Toshizo, however the troops of the new imperial government were armed with new types of rifles and cannons, and gradually wore down the strength of the Aizu. The war soon pressed on Wakamatsu Castle, the stronghold of the Aizu clan.

Wakamatsu Castle's structures, such as its towers, had no blind angles, and it was said to be impregnable.

The Aizu gathered approximately 5,000 people, including 1,000 elderly, women and children, in Wakamatsu Castle and continued their resistance, and the castle was sieged by the troops of the new imperial government and bombarded.

It is said the bombardment resulted in a wretched state inside the castle, where, "as the fighting intensified, the sickrooms came to have not even enough space to stand, crowded with those missing hands, with crushed legs, bodies covered in rot, groaning and crying out in pain, (omitted), and as the bombardment of the troops of the new imperial government grew more intense, explosive rounds would burst into the sickrooms and women's rooms, pulverizing entire bodies and scattering lumps of flesh and covering all the walls in blood. The result was sights too terrible to describe." (Aizu Boshin Senshi)

On October 29, 1868 in particular, it is said that the attack on Wakamatsu Castle consisted of 50 cannons each firing 50 shells into the interior of the castle. It is said that the attack was vicious and "extremely terrifying, (the castle) surrounded by cannon fire from every direction, and the bullets from enemy rifles fell like rain." (Aizu Han Boshin Senso Nisshi)

The siege lasted a month and consumed the Aizu spirit and fighting strength, and on November 6, 1868, Wakamatsu Castle was finally surrendered, bringing an end to the Aizu war. After the surrender, it is said that only meager provisions and ammunition remained inside the castle, and that it was overflowing with wounded, a truly miserable sight. 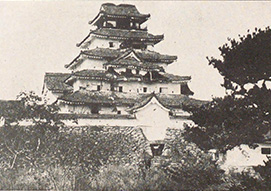 The soldiers of the Choshu clan at the time described the scenery of the castle after the surrender as follows.
"It was truly pathetic, with even the area where the lord was located in a pitiable state. A deep trench was dug from the front of the castle entrance, and all of the people were inside the trench on tatami mats. The rice was nearly gone, with only 20-30 hyo remaining." (Aizu Senso Zenshi)

The Aizu war became a battle for the entirety of the Aizu clan, with approximately 2,400 casualties on the Aizu side, and some theories state that if the peasant men and women who were caught up in the battles were also counted, the number of casualties would increase by several thousand.

The Aizu war is also notable for the participation of women and children in the battles.

The war resulted in a number of heartbreaking stories still talked about today, including the Byakkotai children soldiers, who saw the castle town enveloped in smoke from Mt. Iimoriyama and committed mass suicide by sword, and the suicides of the entire 21 members of the family of Saigo Tanomo, the chief retainer of the clan, in their residence in the town as they could not enter the castle because they were afraid they would be a burden.
Yamamoto Yae, who would later become the wife of Niijima Jo, was one of the people who held up in the castle and fought with a gun.

The people of Aizu who lived in the Meiji Era

After the war, Katamori went into seclusion and the Matsudaira family was transferred to the Nanbu region of Mutsu Province, and the family's income was drastically reduced from 230,000 goku to 30,000 goku. The number of Aizu clan samurai who followed their feudal lord to Mutsu province exceeded 17,000, and the majority suffered from lack of food in the bitterly cold and blizzard stricken region, resulting in large numbers starving to death or dying from illness.

One can guess at the feelings of the former Aizu samurai, who had suffered defeat as the enemies of the emperor, from a poem written by Yamakawa Okura (who later changed his name to Yamakawa Hiroshi), another former chief retainer of the Aizu clan who also served in the Satsuma Rebellion, when he went off to war, "Samurai of Satsuma, see with your own bodies, are the swords of the Aizu sharp or dull".

Yamakawa Okura later became a major-general in the army, and was eventually raised to the status of baron. In addition, his younger brother Yamakawa Kenjiro was appointed to the presidency of the Imperial University of Tokyo at the age of 48 and in his later years served as a privy councilor. Of the women of Aizu, Niijima Yae, who served as a volunteer nurse in the Sino-Japanese war and the Russo-Japanese war, went on to create the foundations for Doshisha Women's College and fostered a large number of students.

The people of Aizu were deeply scarred by the end of the Edo period, but continued to live bravely in the new era they found themselves in.