Statesman. Born in Tokyo in a high ranked noble family. His father was a koshaku (prince), Atsumaro Konoe. He studied under Hajime Kawakami at the Kyoto Imperial University. In 1916 he became a member of the House of Peers as koshaku (prince). In attendance on Kinmochi Saionji, he attended the Paris Peace Conference. In 1931 he became vice chairman of the House of Peers and in 1933 he became its president. In 1937 he formed the first Konoe cabinet. With the Marco Polo Bridge Incident in July the same year, Japan went into all-out war with China and as a central figure of the shintaisei movement (to establish a new political system modeled on the German Nazis) he served as Prime Minister three times. In 1940, the Taisei Yokusankai (Imperial Rule Assistance Association) was established and the Tripartite Pact with Germany and Italy was concluded under his cabinet. After World War II, he was suspected of being a class-A war criminal, but he committed suicide just before being arrested. 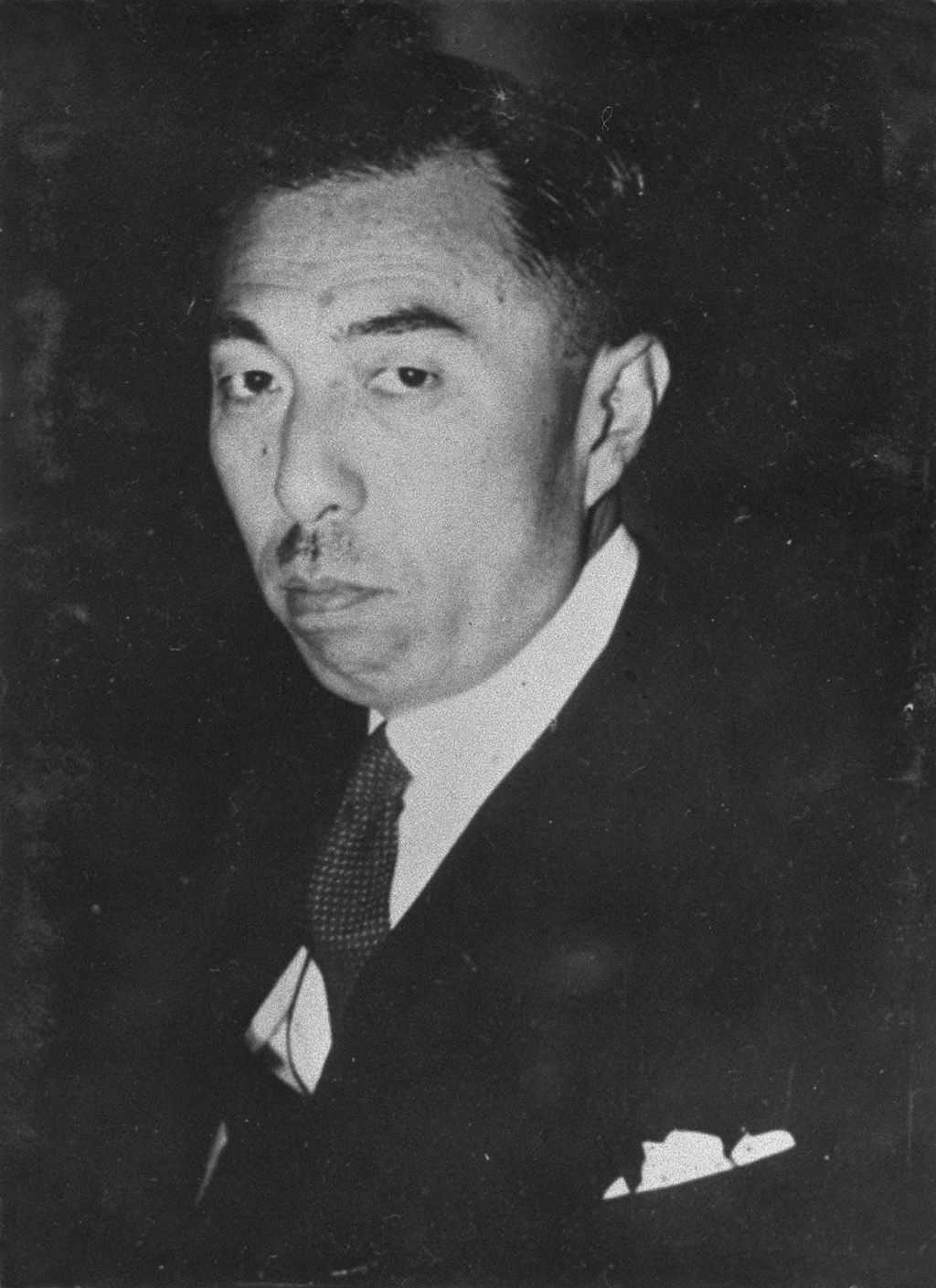