Novelist. In 1907 she married Nogami Toyoichiro, who was from the same hometown as her and a student of Natsume Soseki, and her husband inspired her to start writing. Under Soseki's guidance she published her debut shasei-bun style novel Enishi (Ties of Love) in the magazine Hototogisu in 1908. In the Taisho period she published novels which were idealistic, yet based upon realism. In the Showa period her writing style became socially aware and Meiro (The Maze) (1936-56) is considered to be one of the best works amongst post-war literature. Even in her late years, she continued writing vigorously and published books such as Hideyoshi to Rikyu (1962-63). Awarded the Order of Culture in 1971. 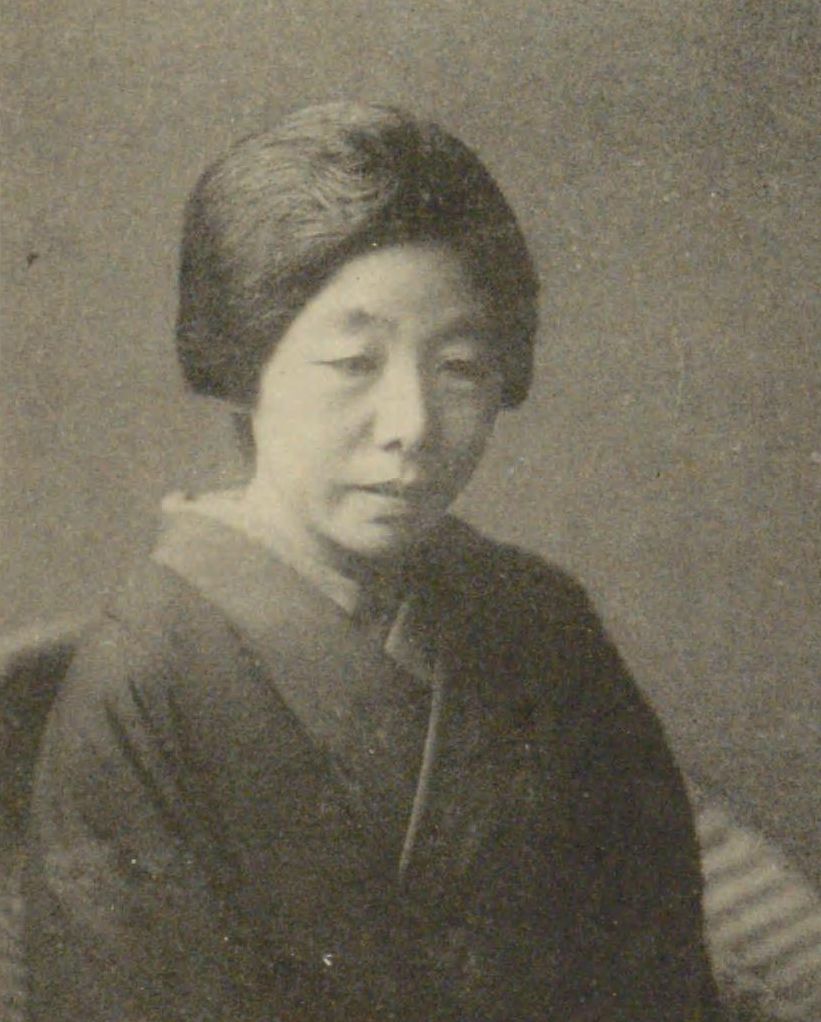