Poet and novelist. He presented his poetry work in the book Zamboa (Shaddock), edited by Kitahara Hakushu, and so was acquainted with Hagiwara Sakutaro who he became lifelong friends with. In 1918 he published Ai no Shishu (Poetry Collection of Love) and Jojo Shokyoku Shu (Collection of Lyrical Verses), which brought a breath of fresh air to the literary circles of the time. Thereafter, influenced by his friends Tanizaki Junichiro, Sato Haruo and Akutagawa Ryunosuke, he started to write novels and Yonen Jidai (Childhood) (1919) and Sei ni Mezamerru Koro (When Sexuality Develops) (1919), which earned him success as a novelist. In the Showa era, he depicted the savageness of human beings in Ani Imoto (Brother and Sister) (1934), with which his writing career was considered to reach a turning point. During World War II, he wrote historical novels such as Kagero no Nikki Ibun (Unpublished Diary of Kagero) (1959) and after the war ended, he wrote an autobiographical novel, Anzukko (1957). 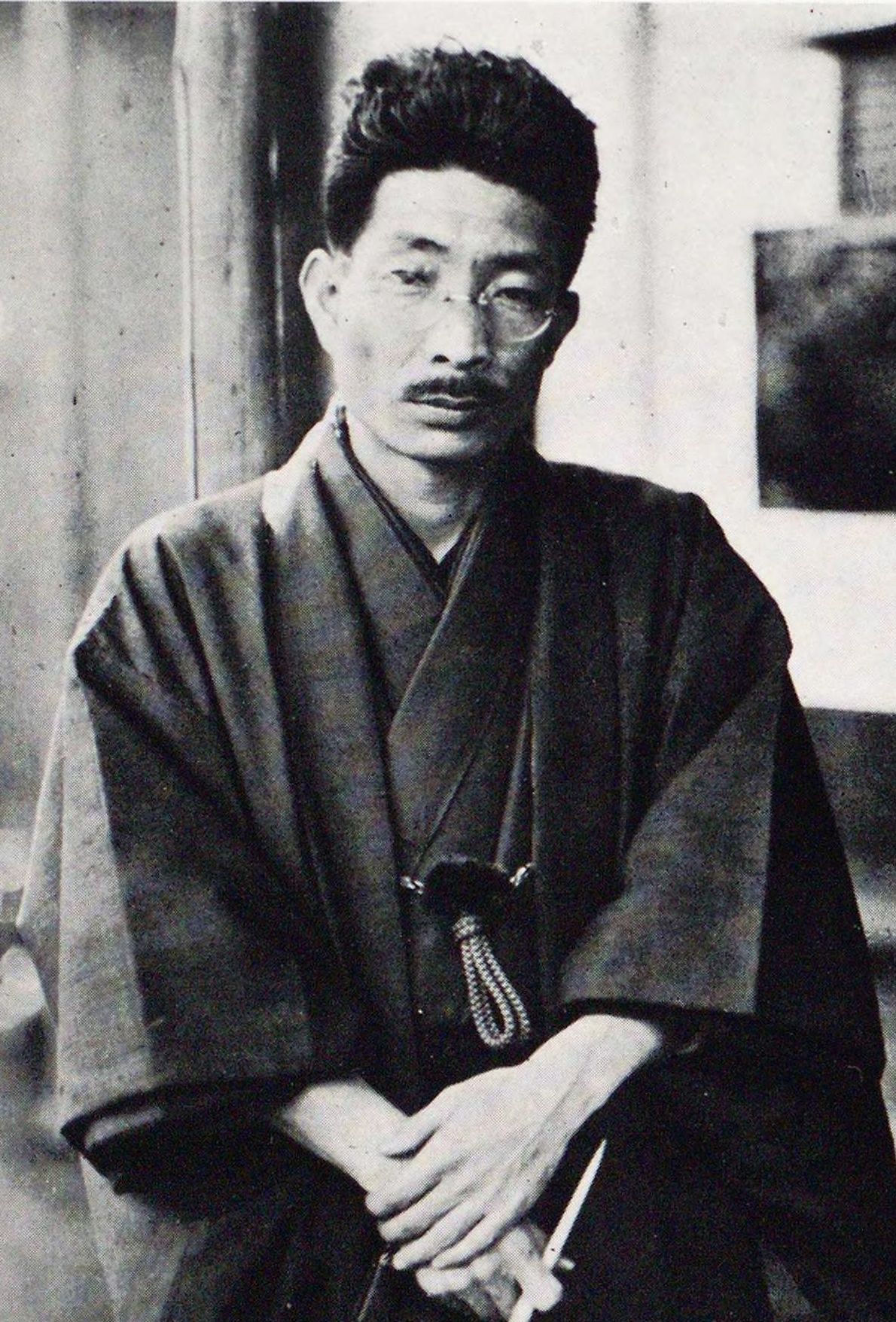