Son of a chief retainer of the Toba clan. He went to Tokyo to study at Keio Gijuku as a student dispatched by the clan 1869 and he had the honor to have first-hand contact with Yukichi Fukuzawa. He started to teach at the school in 1871 and became the vice-principal in 1883 and as the vice-president in 1902 and acting president. He wrote the editorials of the "Jiji Shinpo" and contributed to the development of Kojunsha. He entered the business world in 1902 and founded the Chiyoda Seimei Hoken (Chiyoda Mutual Life Insurance Co) assuming the presidency in 1904. He concurrently served as the president of Chiyoda Kasai Hoken (Chiyoda Fire Insurance) and Chitose Kaijo Kasai. He was selected as a member of the House of Peers by Imperial command in 1932. He was the senior brother Jukuro Kadono, top echelon of the Okura Zaibatsu (Okura financial group). 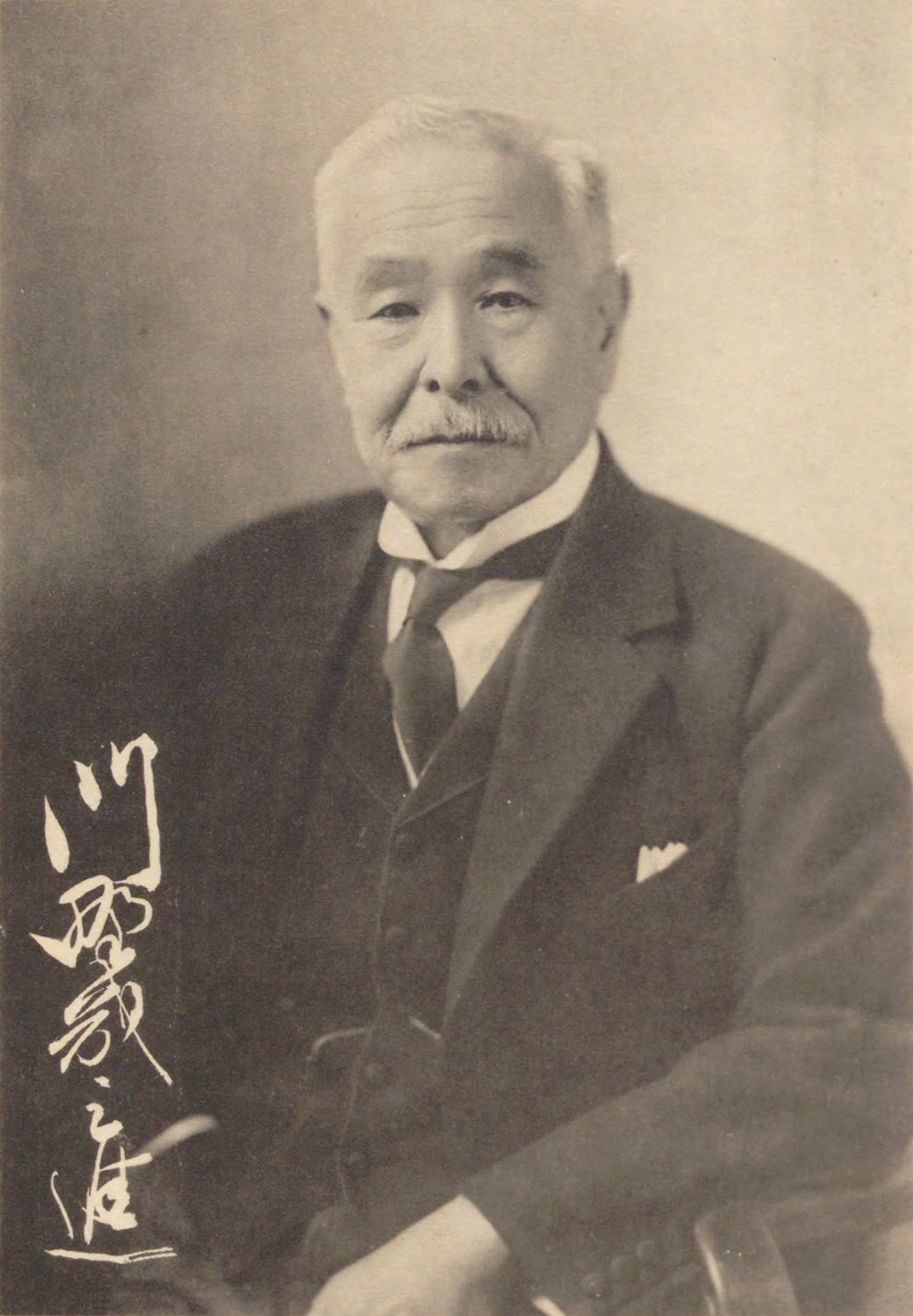