Graduated from the Economics Department of Keio University. Since 1911, he served as a member of the Kanagawa prefectural assembly, a Yokohama city councillor, a member of the House of Representatives and a member of the House of Peers. In the business circle, he served as the president of the Tamagawa Denki Tetsudo and Daiichi Hotel. After the war, he was purged from public office. After the termination of the purge, he was elected mayor of Yokohama-city in 1951 and was in office until his death. He was fond of sports while he was student of Keio and served as the president of the All Japan Athletic Federation from its foundation in 1925. He also assumed the presidency of various sports associations, including the president of the Japan Amateur Sports Association. He was dedicated to spreading and promoting the sport throughout his life. He was awarded the Order of Culture in 1955. 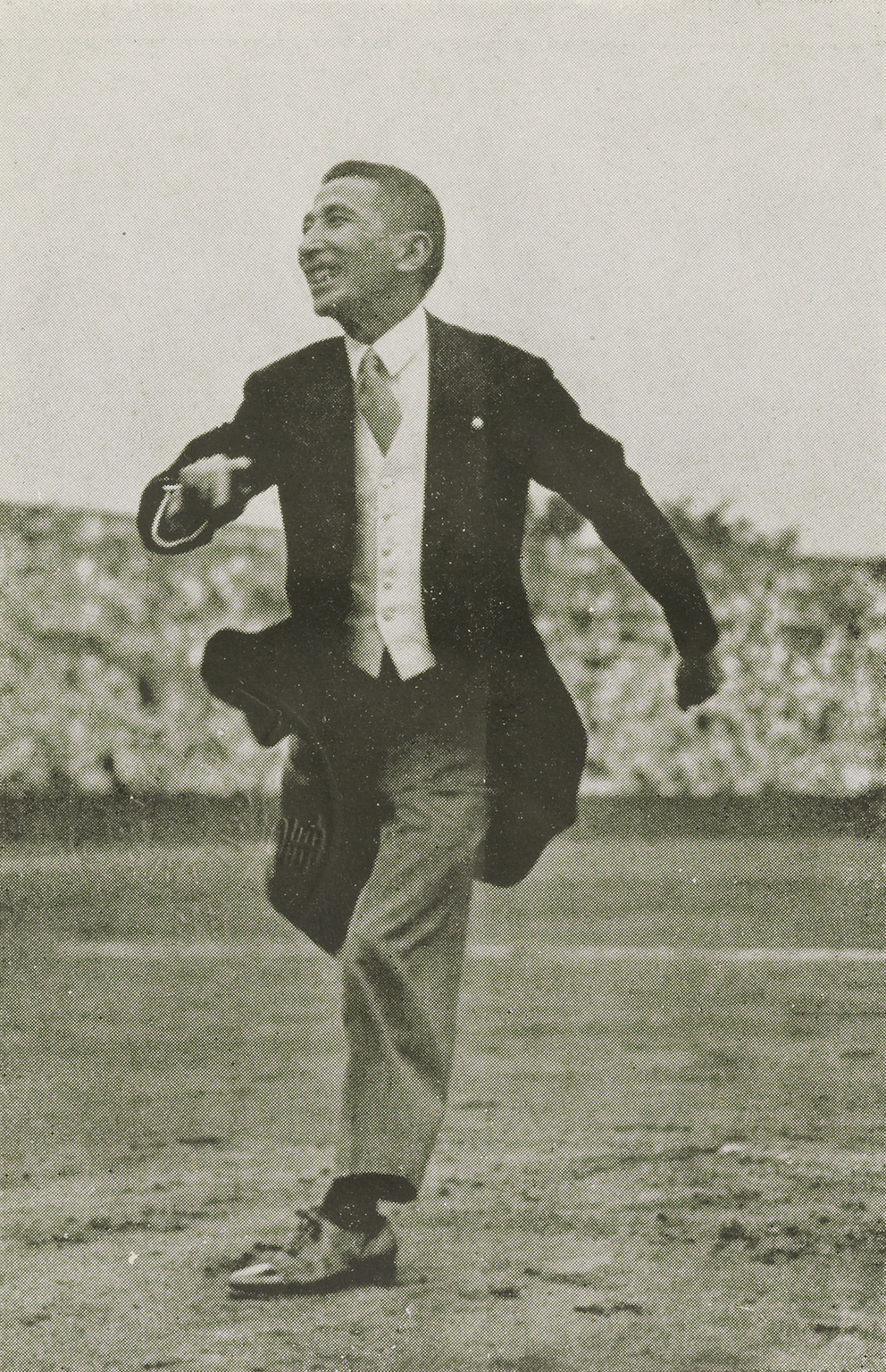