Social activist. Born in Saga to a Shinshu Buddhist temple family. Under the influence of her father and brother from her childhood, she joined the sonno joi undo (movement to revere the emperor and expel the barbarians). After losing her first husband, she married a masterless samurai formerly under the Mito Clan, but later divorced him. Then she went over to Korea and established an industrial school in Kwangju. When the Boxer Rebellion broke out in 1900, she joined the Imperial comfort delegation and visited Beijing and Tianjin. In 1901, she formed the Aikoku Fujinkai (Patriotic Women's Association), an organization with the objectives of comforting soldiers and supporting war-bereaved families, and traveled all over the country working to enlarge its membership. 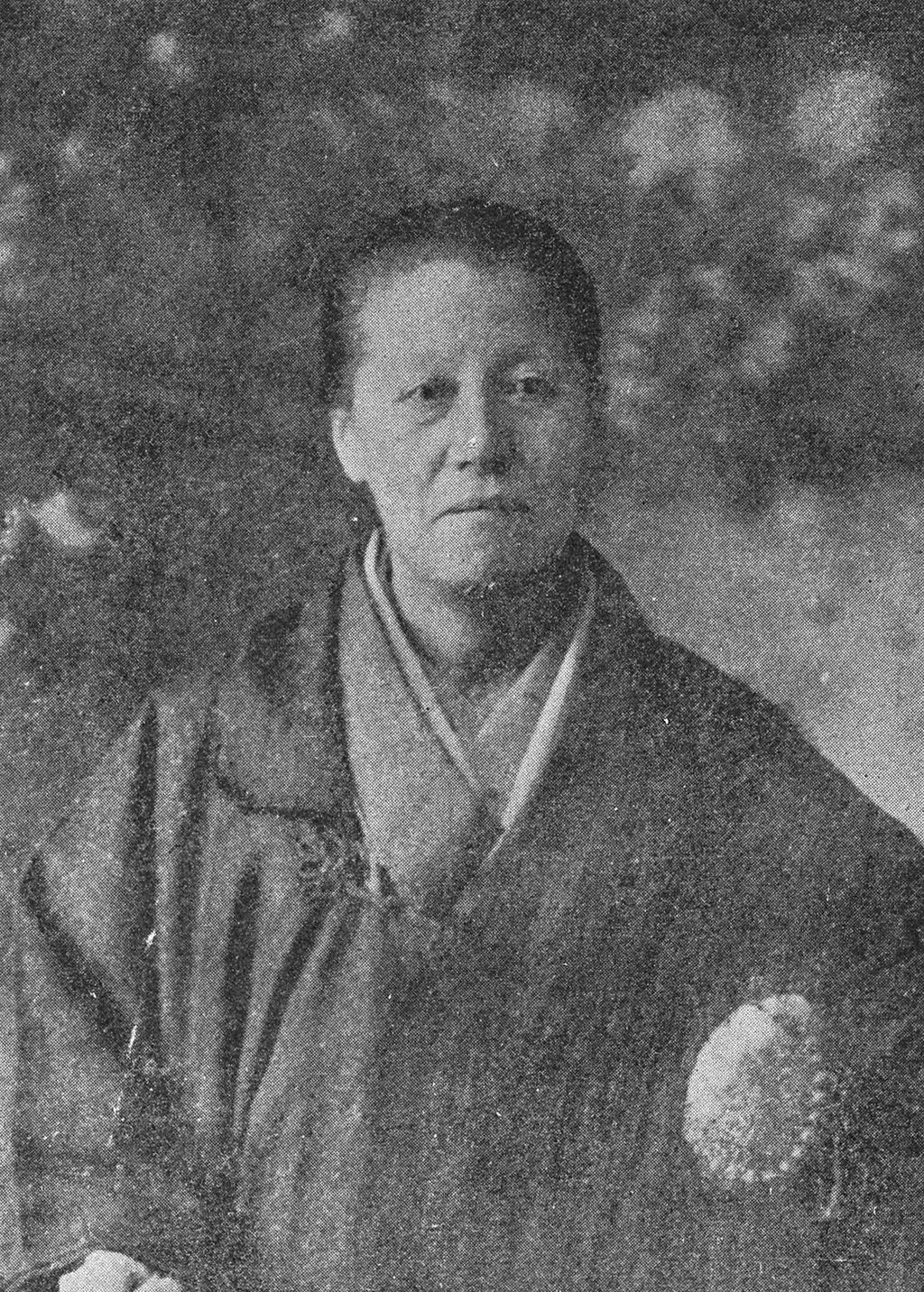