Graduated from the Faculty of Law of Chuo University in 1919. He joined the Ministry of Foreign Affairs the same year. He was appointed the Consul-General of Nanking in 1933 to conduct negotiations with Republic of China National Government. Later, he served as Director-General of Intelligence Bureau in 1939 and as envoy extraordinary and plenipotentiary in Spain in 1940, among other posts. He was detained suspected of being a class-A war criminal and purged from public office in 1946. He was released in 1948 and after the termination of the purge in 1951, and he was elected a member of the House of Representatives in 1953 (elected twice in total). He served as the chief director of Japan Branch of UNESCO. He was also known as an art collector and about 500 of his collection gathered during his stay in Spain are stored at the Nagasaki Prefectural Art Museum 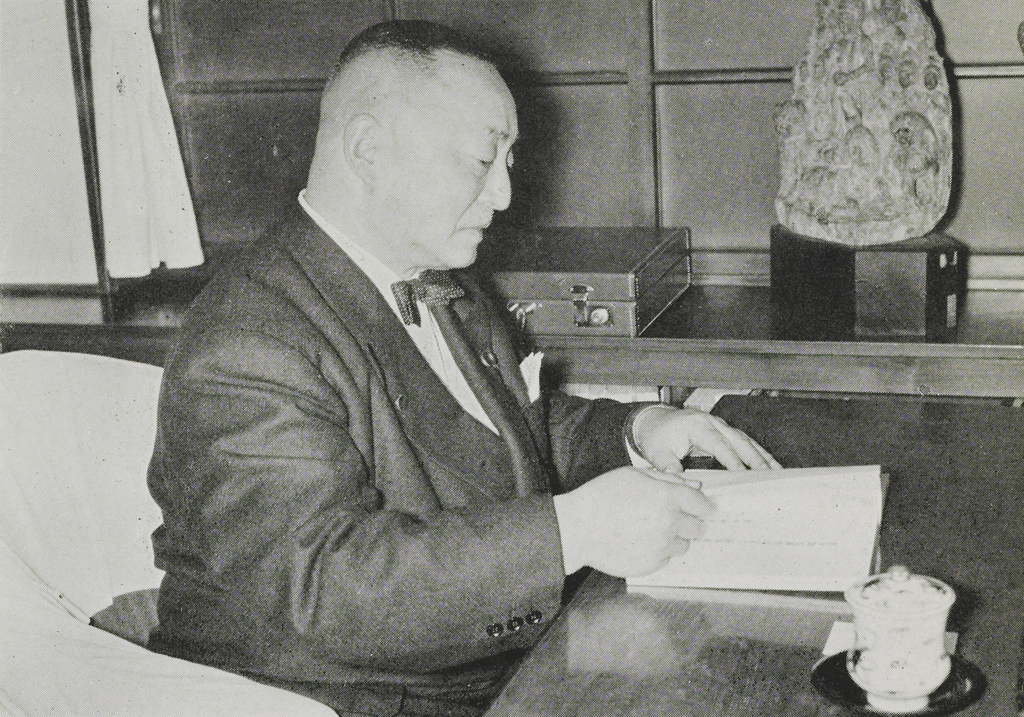