Businessman and statesman. Born in Fukuoka, the son of a Shinto priest. In 1851, he went to Nagasaki and determined to enter the business world. In 1858, he went to Osaka, where he succeeded in the shipping and commission businesses. In 1878, he established Dai Gojuhachi Ginko(the 58th National Bank) and later became its president. He successively held important posts as the president of Osaka Clearing House, chairman of Osaka Prefecture Assembly, and chairman of Osaka City Assembly. In the meantime, he established Osaka Women's School in 1882. In 1891, invited by the Korean Government, he became involved in Korea's monetary system reforms as an adviser, etc. He also became one of the founders of Seoul-Pusan Railways. In 1898, he was elected to the House of Representatives. 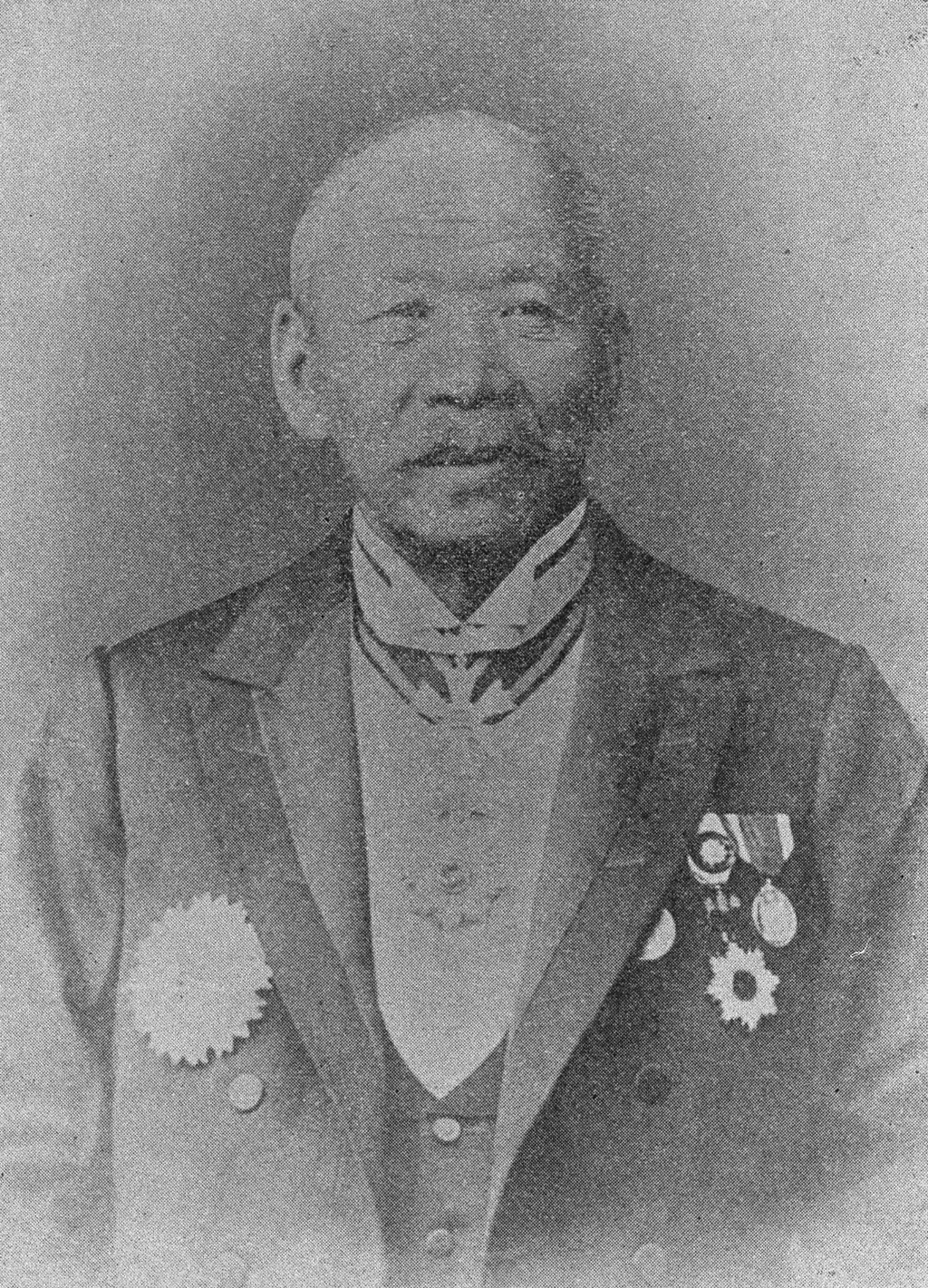