Born in Tokyo as a son of the Matsudaira family, the lord of the Takasu Clan. Later adopted by Katataka Matsudaira, the lord of the Aizu Clan. He succeeded to the family duty in 1852. In 1862, he moved to Kyoto when he was appointed as Kyoto shugoshoku (military governor of Kyoto). Matsudaira earned the trust of the Emperor Komei and succeeded in driving the Hagi extremists from Kyoto, maintaining security in Kyoto, and contributing to kobu gattai undo (the movement for union of Imperial Court and Shogunate). He attacked Choshu troops in the Kinmon Incident of 1864. He was a hard-liner of the Choshu expedition. He was excused from the duty of Kyoto shugoshoku in 1867 after the Restoration of Imperial Rule (Osei Fukko), and he was defeated in the 1868 Battle of Toba-Fushimi. He surrendered when attacked by new government troops at Aizu, where he was on probation at the time. In 1880, Matsudaira became the Shinto priest of the Nikko Toshogu Shrine. 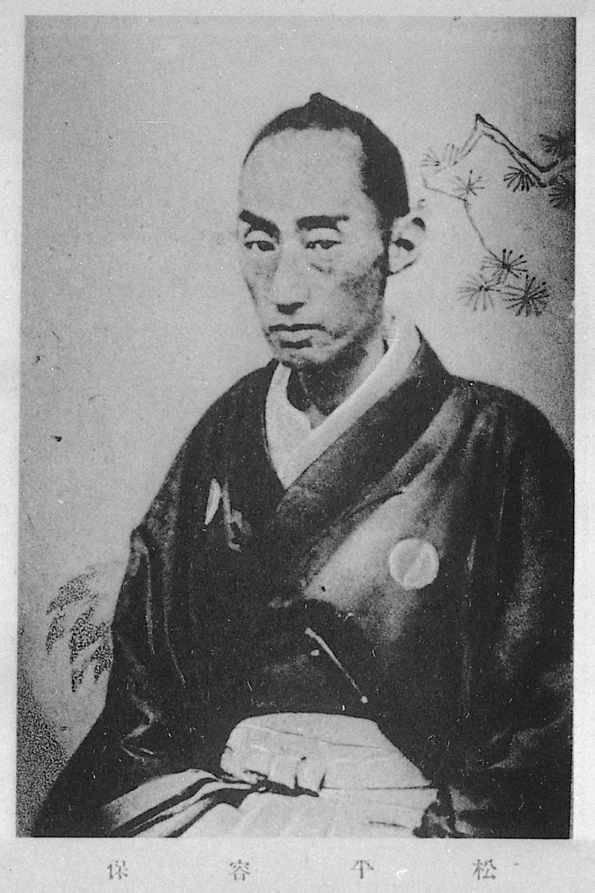