Actress. Born in Nagano. She came to Tokyo in 1902. In 1909 she joined the dramatic workshop attached to the Bungei Kyokai (Association of Literary Arts), led by Shoyo Tsubouchi, Hogetsu Shimamura, and others. In the Bungei Kyokai's first performance held in 1911, Sumako played the role of Ophelia in "Hamlet", and the role of Nora in "A Doll's House". She acquired a good reputation but was expelled from the Bungei Kyokai in 1913 because of a romance with Hogetsu Shimamura. She established the Geijutsuza together with Hogetsu, who had also resigned as Secretary of the association. They presented adaptations of "Resurrection" and "Salome". "Katusha's Song", from a play titled "Resurrection", became extremely popular nationwide. After Hogetsu's sudden death in November 1918, Sumako committed suicide to follow her lover. 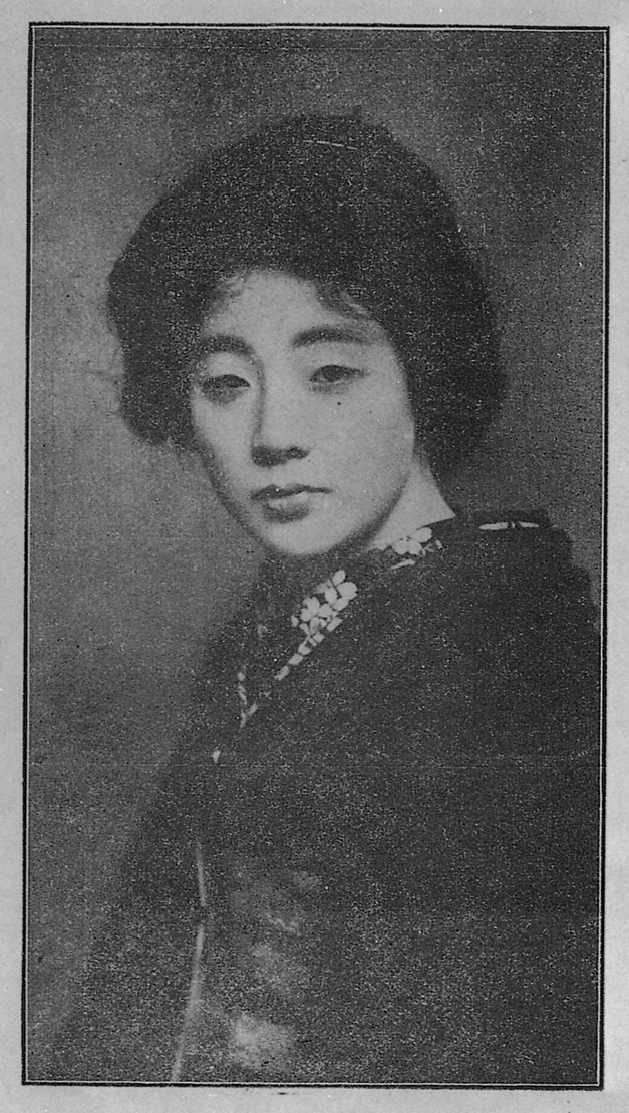