Businessman. Born in Yamaguchi, the son of a sake brewer. He joined the sonno joi undo (movement to revere the emperor and expel the barbarians) of the Hagi Clan in the last days of the Tokugawa shogunate. He was deeply involved in national affairs and participated in the Kiheitai (irregular militia). After the Meiji Restoration, he moved to Osaka and started manufacturing military shoes in 1869, serving as a military contractor. During the Satsuma Rebellion, he reaped enormous profits and formed the Fujita-Gumi in 1881. After undertaking the government Kosaka mine in 1884, he expanded his business into various fields centered on the coal mining business. Not only did he participate in the foundation of Osaka Spinning, Hankai railroad, and other companies, but he also served as the Director of Osaka Shoho Kaigisho. He was a leading figure of the Kansai financial world. In 1911, he was elevated in rank to danshaku (baron). 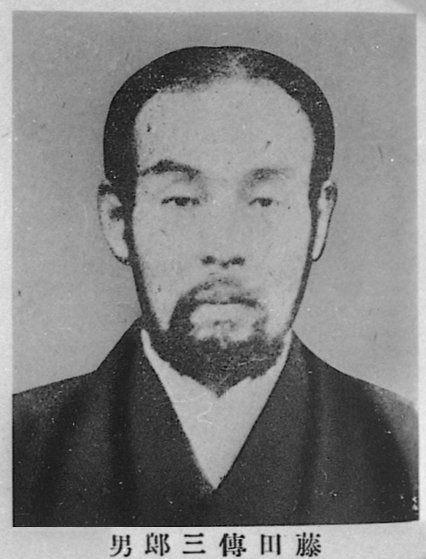