Woman activist. Born in Okayama, the daughter of a samurai of the Okayama Clan. Fukuda joined the Freedom and People's Rights Movement and opened a private school called Jokogakusha after being influenced by the political campaign of Toshiko Kishida in 1882. The school was shut down by order in 1884, so she came to Tokyo. She joined a movement started by Kentaro Oi and others to aid reform in Korea. Fukuda was imprisoned in 1885 (Osaka Incident). She was Oi's common-law wife, but they later separated. She married Tomosaku Fukuda but was widowed in 1900. She opened Joshi Jitsugyo Gakko, and also joined the Socialist Movement of Heiminsha. In 1907, she established and became the chief editor of "Sekai fujin" magazine (Women of the World), where she asserted women's emancipation. Hideko also campaigned to support victims of the Ashio Copper Mine Incident. 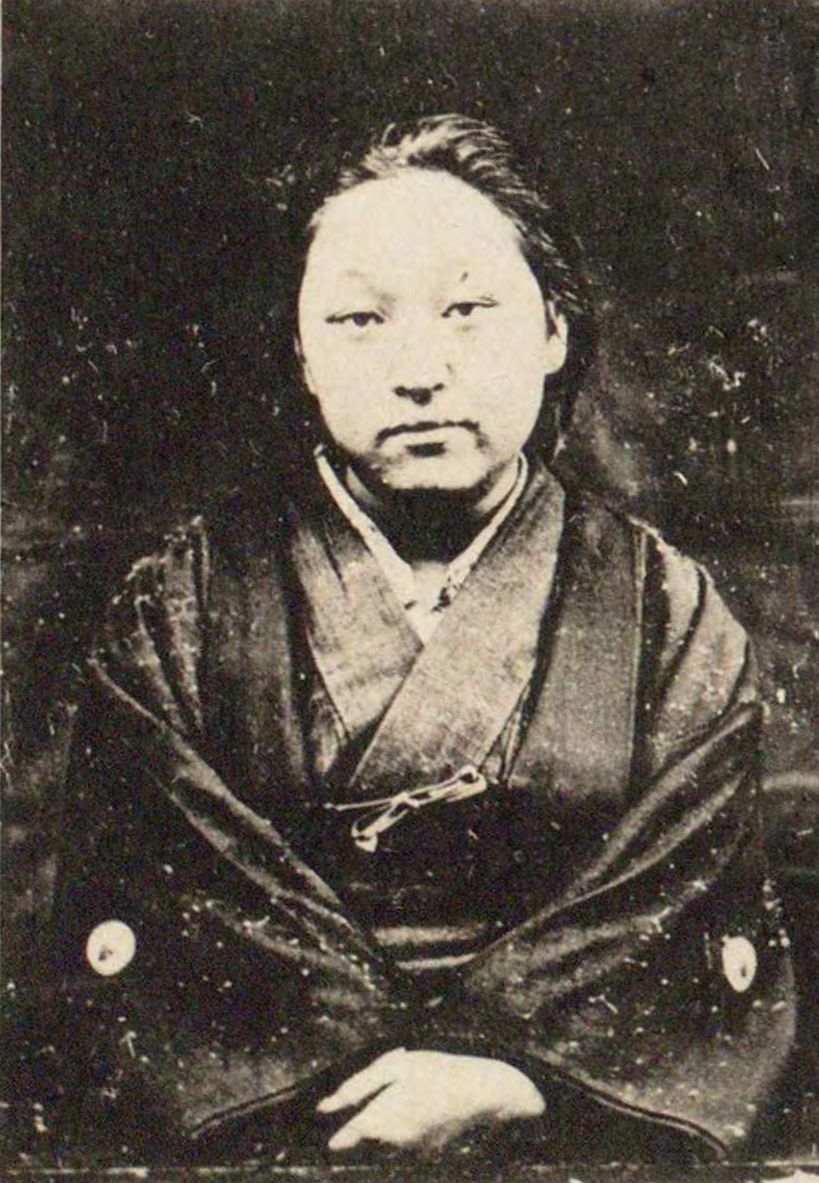