Sumo wrestler. Born in Ibaragi. He entered the Dewanoumi stable. Starting with his first appearance in the makuuchi division in 1899, he worked his way up to becoming the 19th yokozuna together with his rival, Umegatani, in 1903. His strategy was to first give his opponents a chance to wrestle in their own style before he launched his counteroffensive. In contrast to Umegatani, who was known as a technical wrestler, Hitachiyama was noted for his strength. He contributed to establishing a most prosperous period in the sumo world. He recorded 150 wins, 15 losses, 22 draws, 2 azukari (unresolved), and 131 yasumi (absence). He retired in 1914, assuming the name of Dewanoumi. His stable became the largest in the sumo world. Dewanoumi also helped to establish the Kokugikan Hall and worked to improve the social status of sumo wrestlers. 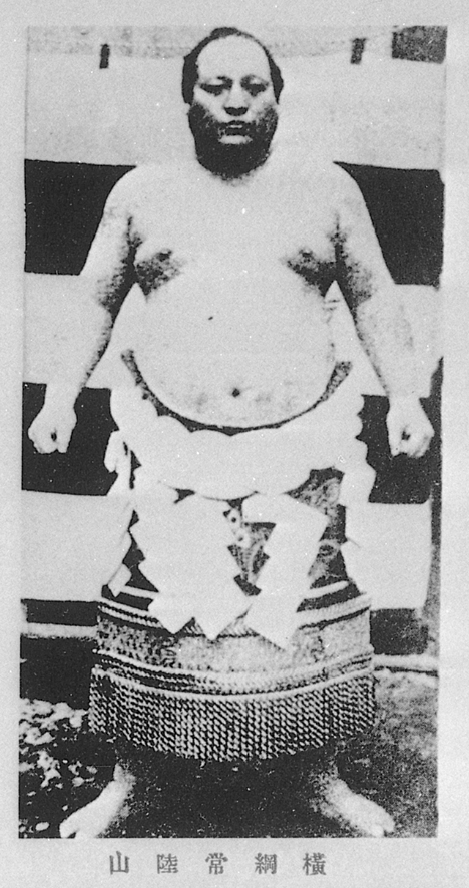