Bacteriologist. Born in Fukushima, the eldest son of a farm family. He studied at the Saiseigakusha and passed the government medical examinations in 1897. After working at the Institute of Infectious Disease, he went to the United States in 1900. In 1911, he succeeded in cultivating a pure culture of syphilis spirochete at the Rockefeller Institute for Medical Research. He became a Doctor of Medical Science in the same year, and was awarded the Imperial Prize from the Japan Academy in 1915. He became a member of the Japan Imperial Academy in 1923. He visited Central and South America and Africa in an attempt to find the pathogen of yellow fever, but he contracted the disease himself and died in Ghana in 1928. 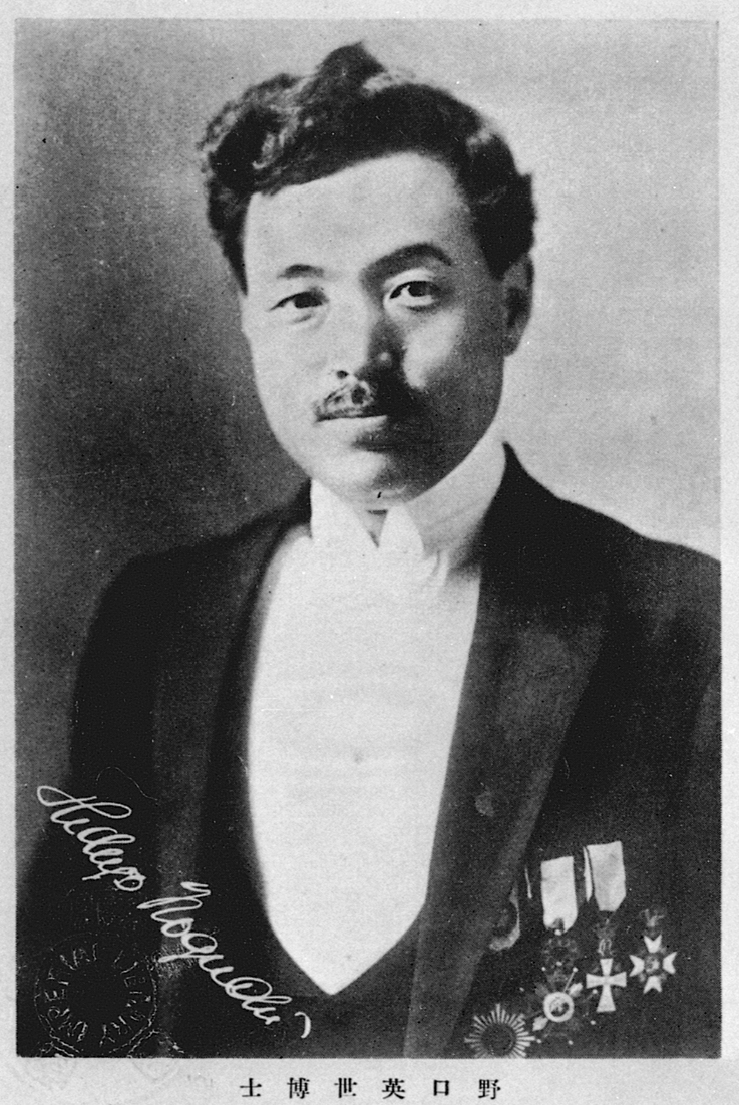