Novelist. Born in Kumamoto. He was christened in his boyhood and attended Doshisha University. After leaving Doshisha, he joined the Min'yusha (Society of the People's Friends) that was being managed by his older brother, Soho Tokutomi, in 1889. His "Hototogisu" (Namiko) series, published in the "Kokumin Shimbun", became a best-selling novel in the Meiji Era along with Koyo Ozaki's "Konjiki Yasha". He solidified his position as a top novelist with subsequent works such as "Shizen to jinsei" (Nature and Man) and "Omoide no ki" (Footprints in the Snow). In 1907, he moved to Kasuya of Setagaya-Ward to start a semi-agricultural life. Although he had broken off relations with his older brother for many years, they were reconciled at Ikaho in 1927, one day before Roka died after undergoing medical treatment. 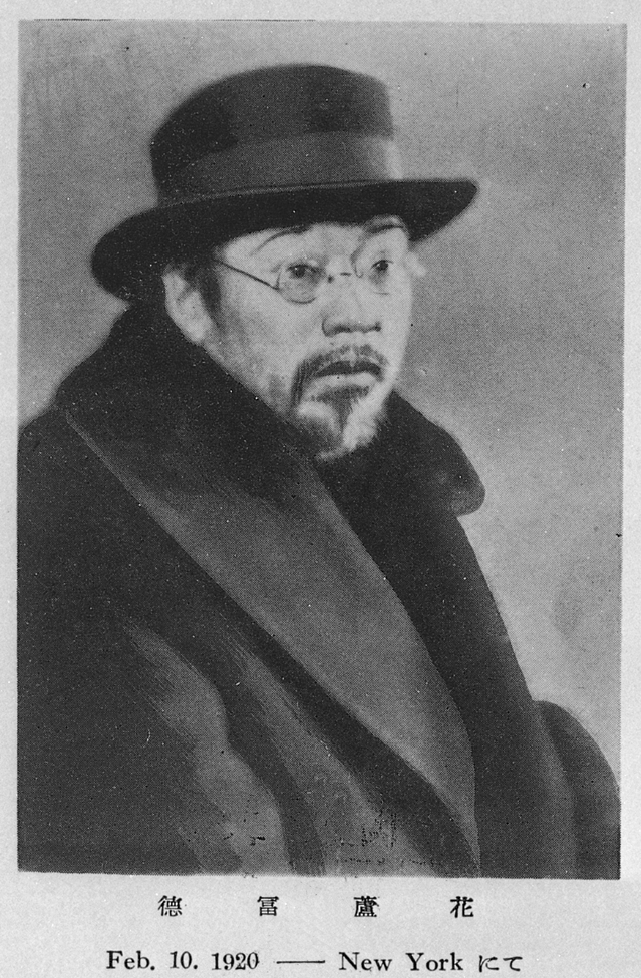