Sumo wrestler. Born in Toyama. He had been known as a brawny boy since his boyhood, and he entered the Tomozuna stable in 1899 with recommendations from Taisuke Itagaki and others. He was promoted to the 22nd yokozuna in 1911. He was skilled in Tsuki (pushing), and his strength was famously summarized in the slogan "45 Days" (in Japanese, "hito-tsuki-han" is a homophone meaning "one push and a half" or "one month and a half," that is, 45 days. "45 Days" referred to the idea that all it took was a push and half for Tachiyama to win a match.) He became a leading figure in the sumo world, following in the footstep of Umegatani and Hitachiyama. He recorded 43 consecutive wins, took one loss, and finished with another 56 consecutive wins. While staying in the makuuchi division, Tachiyama recorded 195 wins, 27 losses, 10 draws, 5 azukari (unresolved), and 73 yasumi (absence). In 1918, he became Toshiyori (sumo's elder) Azumazeki, but left the sumo world shortly after that. 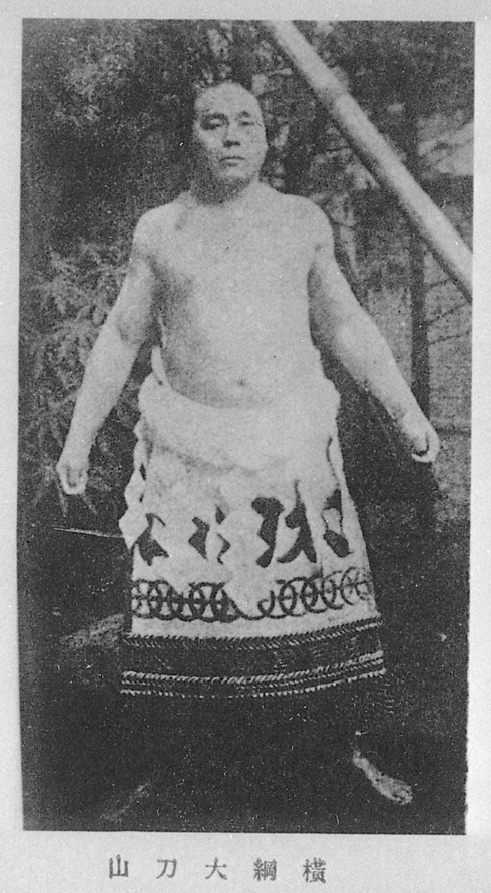