Explorer. Born in Akita. He once became a military officer, but was transferred to the reserves early in his career. In 1893, he joined the Kuril Expedition of Shigetada Gunji and spent the winter in Shimushu Island. He next tried to explore the North Pole but changed his target to the South Pole after learning that the North Pole had been reached by the U.S. expedition. After obtaining support from Shigenobu Okuma and magazine and newspaper companies, he boarded the Kainan-maru ship with 26 crewmembers and left Shinagawa for the South Pole in November of 1910. In January 1912, he finally landed on the Antarctic continent and reached the point of 80°05' south latitude, which he named Yamato Yukihara (The Yamato Snow Field). 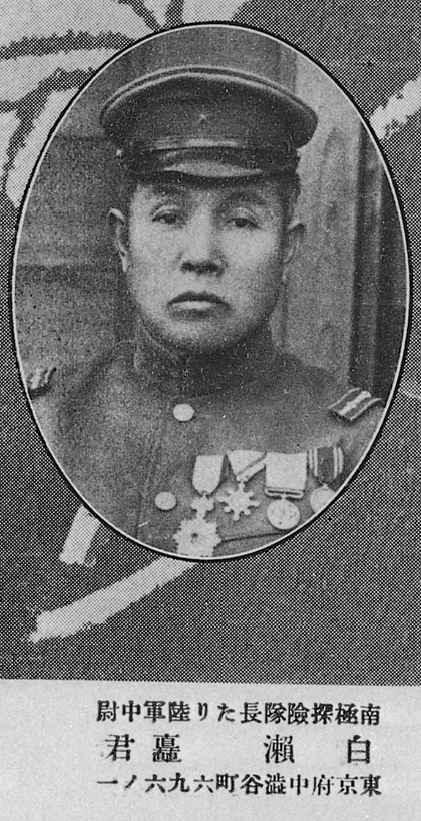