Japanese-style gangster (Yakuza). Born in Shizuoka, the adopted son of his uncle Jirohachi Yamamoto, who was a komedon'ya (middleman-merchant dealing in rice). Although his real name was Chogoro Yamamoto, he was called "Jirocho," which was short for "Jirohachi's Chogoro". He took over the komedonya after his uncle's death but soon turned into a gambler. He built up his following and extended his influence, fighting over territories relating to the Fuji River and maritime transport. In the first year of the Meiji Era (1868), he was appointed Dochutansakugata by the Government-General of the Eastern Expedition. In the same year, the warship Kanrin-maru of the old Edo Shogunate was attacked by new government troops while lying at anchor in the Shimizu harbor. Jirocho treated and buried the dead with sincere condolence and became acquainted with Tetsutaro Yamaoka, Takeaki Enomoto, and others. After the Meiji Restoration, he engaged in development around the foot of Mt. Fuji and marine transportation business. 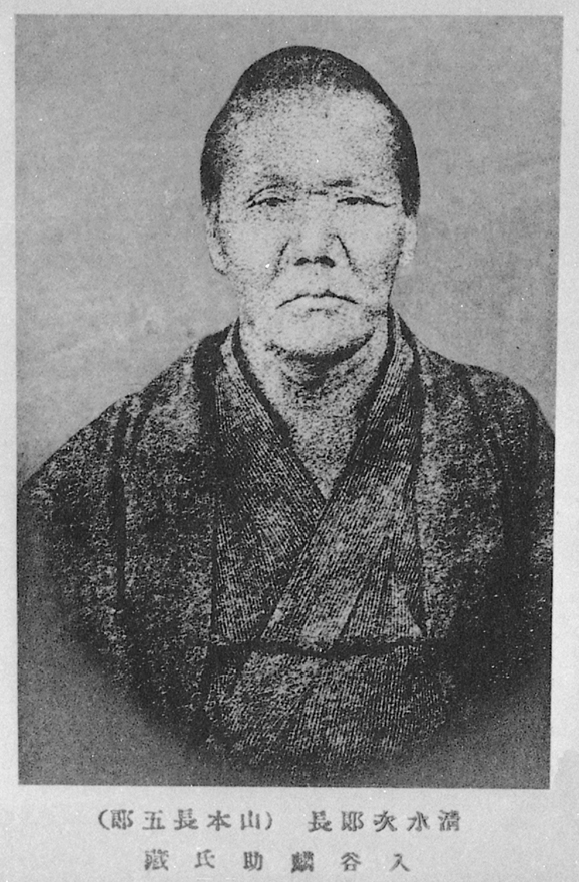 People related to Shimizu no Jirocho