Born in Tokyo, the son of a farmer. He was adopted by Shusuke Kondo, master of Tennen Rishin-ryu, and succeeded to the dojo school. In 1863, he joined Toshizo Hijikata, Soji Okita, and others in the Roshi-tai (troops of masterless samurai), which was organized to escort the shogun, Iemochi Tokugawa, to Kyoto. After completing this escort dutypart of the Roshi-tai stayed behind in Kyoto and organized the Shinsen-gumi with the support of Katamori Matsudaira of Kyoto shugoshoku (military governor of Kyoto). The Shinsen-gumi maintained the security of Kyoto, and Kondo later became its commander. In 1867, he became a vassal of the Shogun as the head of the Mimawarigumi. After the 1868 Battle of Toba-Fushimi, he organized the Koyo Chinbutai (a shogunal loyalist unit) to fight with the government army. He was eventually captured and put to death by decapitation at Shimousanagareyama. 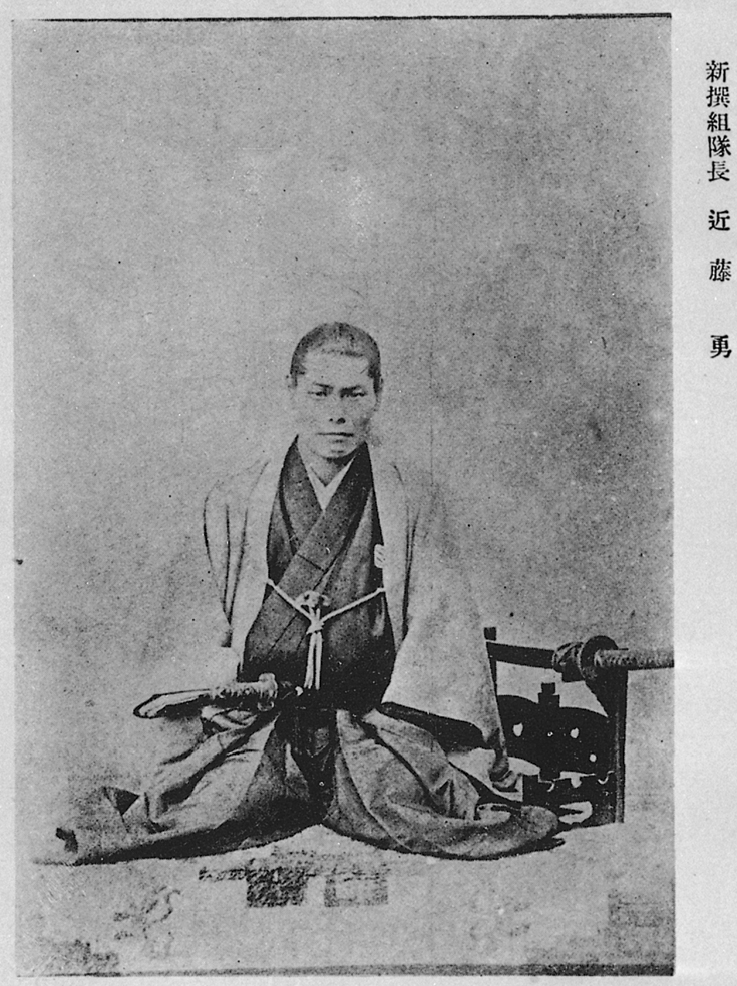