Businessman. Born in Kagoshima, the son of a samurai of the Kagoshima Clan. In 1857, he went to Nagasaki and studied at Kaigun Denshujo (the Naval Training Center). He traveled around European countries, leading students from the Kagoshima Clan in 1865. Under the new government after the Meiji Restoration, he successively served as a san'yo (junior councilor) and judge of the foreign affairs office, a foreign affairs judge, and an Osaka prefectural judge. Resigning from government office in 1869, he started a new life as an entrepreneur based in Osaka. He undertook mine management and manufacturing and sales of indigo, among other businesses. His companies had such close links with the government that they were called Seisho (political merchants). He also founded organizations such as the Osaka Stock Exchange, the Osaka Chamber of Commerce, and the Osaka Commercial Training Institute (later the Osaka University of Commerce), contributing to the economic development of Osaka. 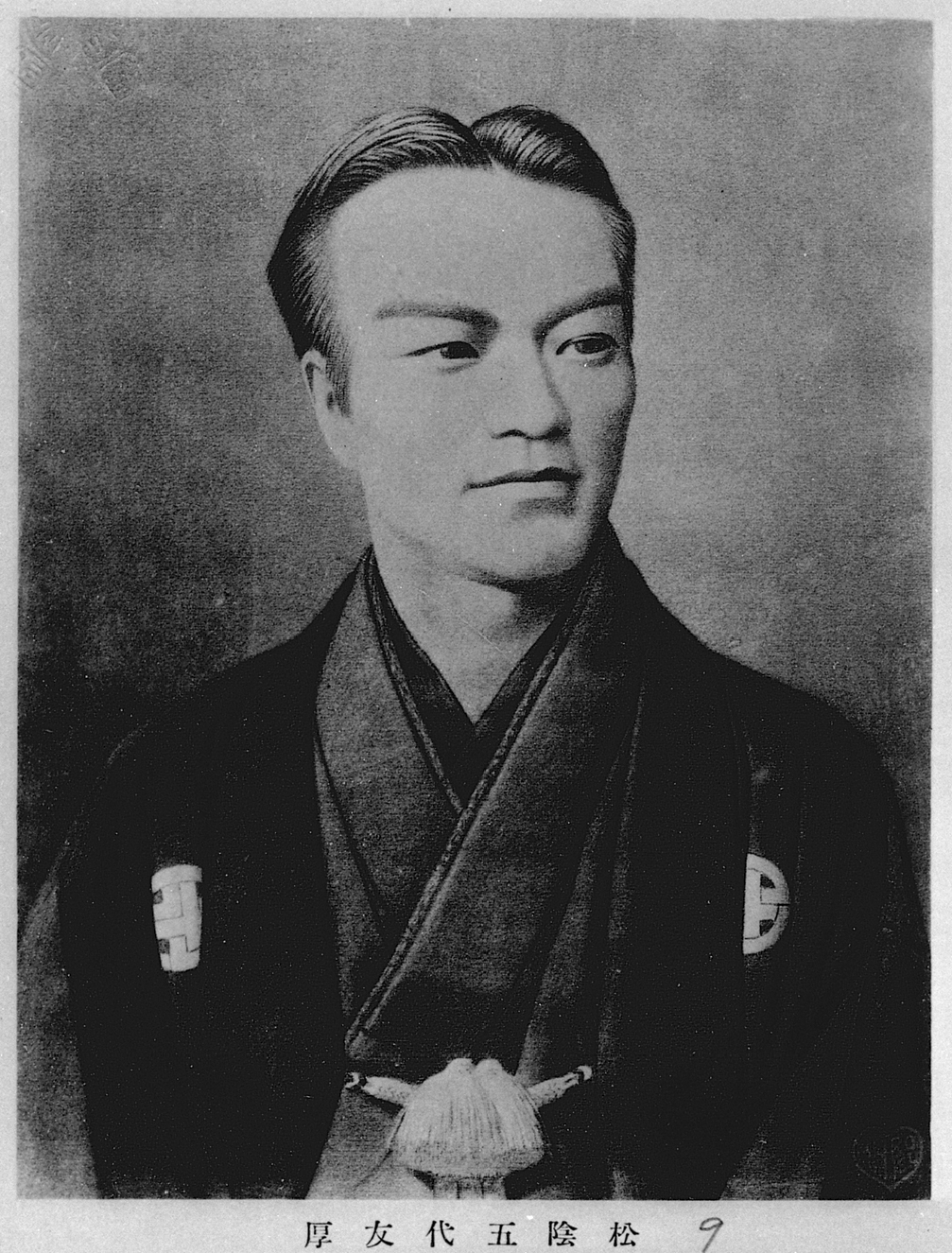