Statesman. Born in Saga, the son of a samurai of the Saga Clan. He learned at the domain school, Kodokan. He participated in the sonno joi undo (movement to revere the emperor and expel the barbarians), and then advocated the opening of Japan toward foreign countries. Though he became a domain official, he dropped out from the domain in 1862 in a failed attempt to restore the rights of the emperor. He was imposed a sentence of life confinement in his house. After the establishment of a new government in 1868, he started to serve as choshi (government officer), and then advocated the relocation of the capital to Edo. After holding posts as Monbu Taifu(senior vice minister of the Education Ministry) and vice-chairman of the "Sain" (Left Government), Eto became a Shihokyo(Justice Minister) in 1872 and endeavored to arrange the judicial system and the formation of a civil code. In 1873, he became a sangi (councillor), but resigned from the post due to a defeat in the "conquer Korea debate". In 1874, he signed a memorandum calling for the establishment of a popularly elected parliament. He returned to his hometown in the same year, and then became the leader of the Seikan Party. He caused the Saga Rebellion, and was defeated and executed. 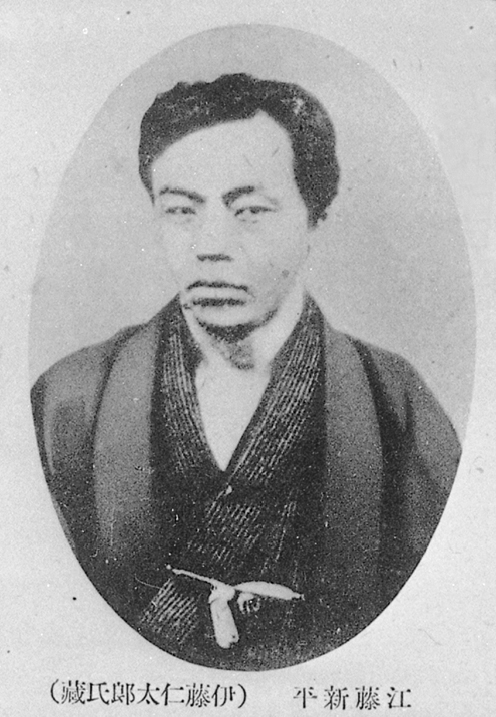