Noble and statesman, born in Kyoto as a son of gon-chunagon Yasuchika Horikawa. He was adopted by Tomoyoshi Iwakura as his heir. In 1854, he became jiju (chamberlain) to the Emperor Komei. In 1858, when Imperial sanction for the United States-Japan Treaty of Amity and Commerce was petitioned, he tried to prevent it. Supporting kobu gattai (the reconciliation between the Imperial Court and the Shogunate government), he promoted the marriage of Princess Kazunomiya to the Shogun. Reproached by the sonno joi group (supporters of the doctrine of revering the emperor and expelling the barbarians) as one of the yonken (Four Wilies), he was confined until 1867. Then he switched to opposing the Shogunate government and conducted the coup d'etat of osei fukko (restoration of Imperial rule) along with Toshimichi Okubo and others. In the new government he served as san'yo (senior counselor), gijo, dainagon, Udaijin (minister of the right), etc. In 1871, accompanied by a mission, he made an inspection tour of Western countries as ambassador extraordinary and plenipotentiary. He established the policy to enact the Imperial Constitution, and made efforts for the protection of the Imperial family and the nobility. 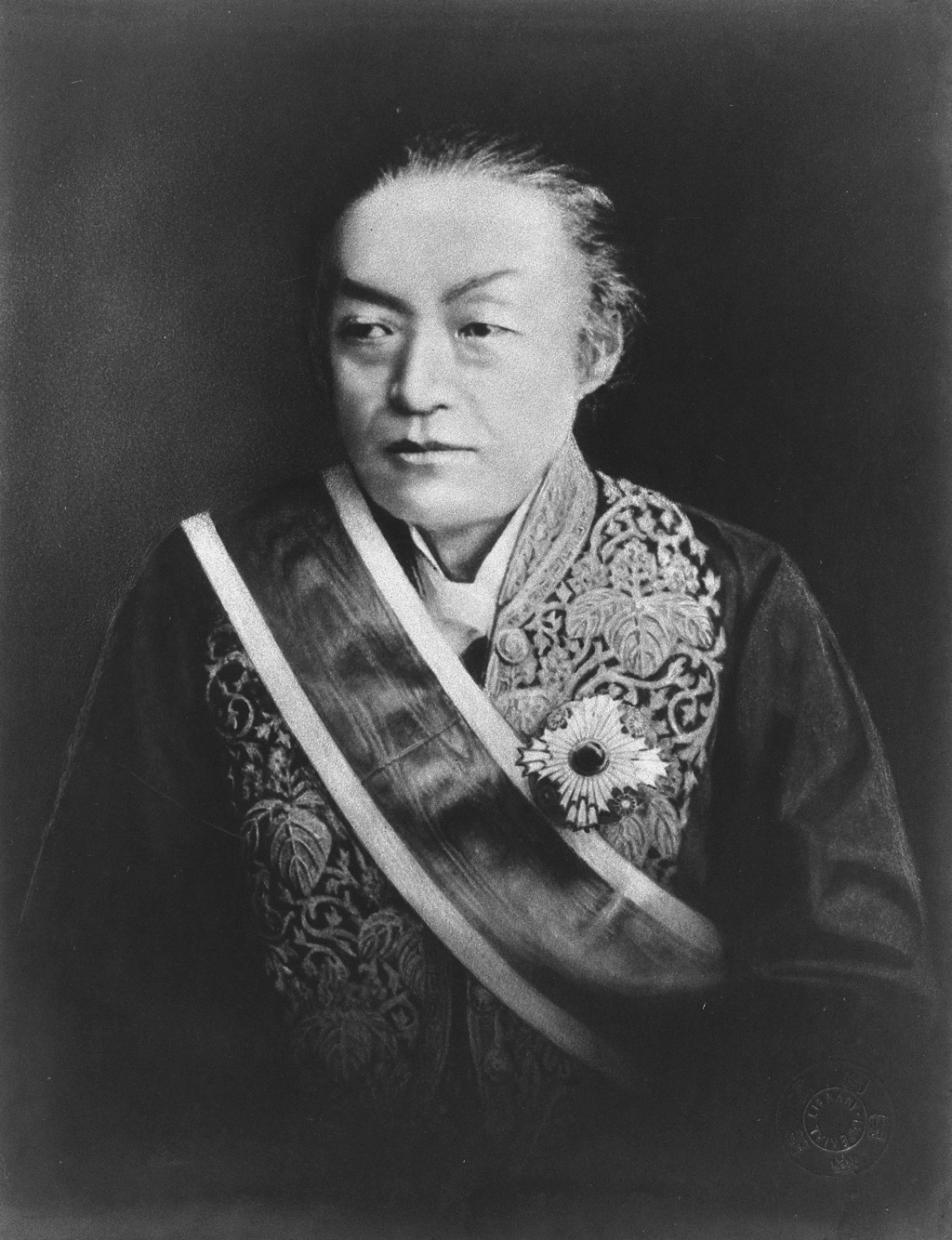