Businessman and statesman. Born in Yamaguchi. After graduating from the Imperial University of Tokyo in 1903, he became a mechanic of Shibaura Seisaku-sho (Shibaura Engineering Works), and went to the United States to study malleable cast-iron technology. After returning to Japan, he established the Tobata Foundry, backed by Kaoru Inoue. In 1928, he became the president of the Kuhara Mining Company and changed its name to Nihon Sangyo (Nissan). Nissan went on to sign a series of merger and acquisition deals with many companies to establish the Nissan Konzern. In 1937, Aikawa expanded his business to Manchuria, and changed the name of the Nissan principal office to Manchuria Heavy Industry Company. After returning to Japan, he served as councilor in the Tojo cabinet. After the war, he was kept in custody on suspicion of being a class-A war criminal. After being released, he served as a member of the House of Councillors from 1953 to 1959. 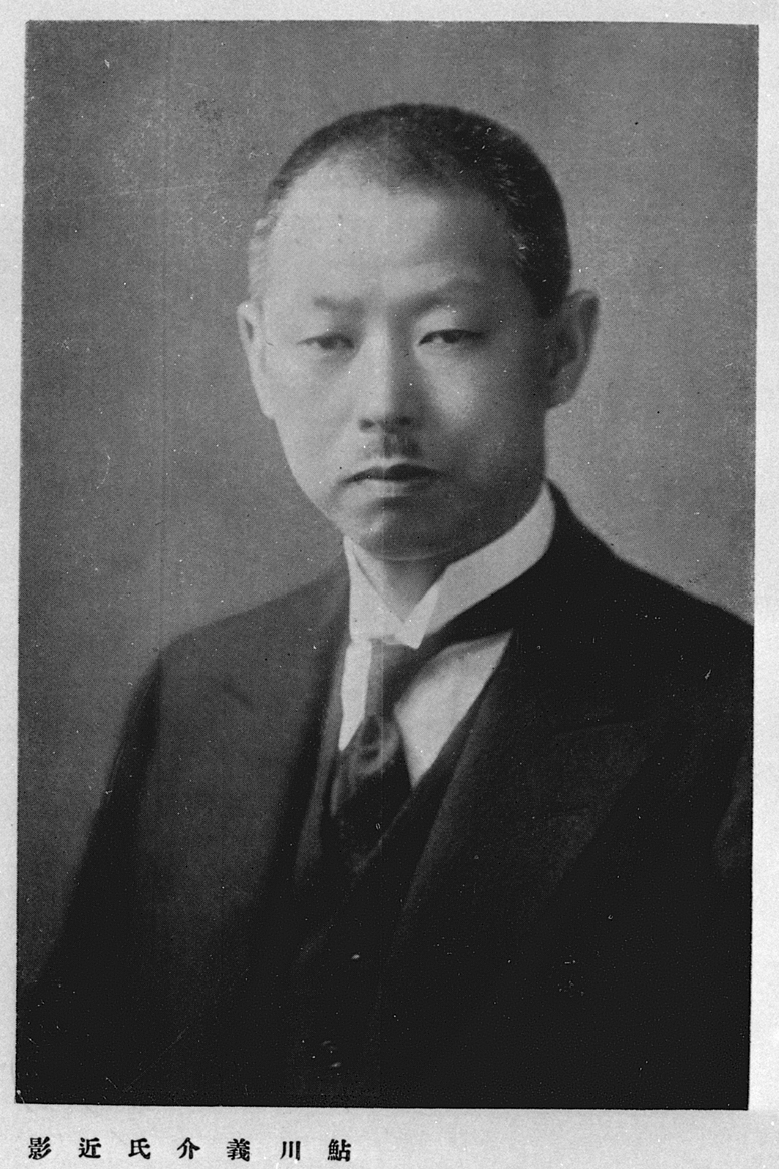