Naval officer. Born in Ehime, the son of a samurai of the Matsuyama Clan, and younger brother of Yoshifuru Akiyama. A graduate of the Naval Academy. After he became a Lieutenant Commander in 1892, he served in the Sino-Japanese War as Navigation Officer on the gunboat Tsukushi. He was sent to the United States to study in 1897, and undertook a in-depth study of military theory that included the observation of naval operations in the Spanish-American War and on-the-job training on a U.S.Navy. After returning to Japan, he gave lectures on naval strategy, tactics, and operations as instructor of the Naval War College. His doctrine was used as the basic theory of Japanese naval science for a long time after that. He took an active role as Staff Officer of the Combined Fleet Strategy in the Russo-Japanese War. Akiyama became the Chief of the Bureau of Naval Affairs in 1914, and Vice-Admiral in 1917. 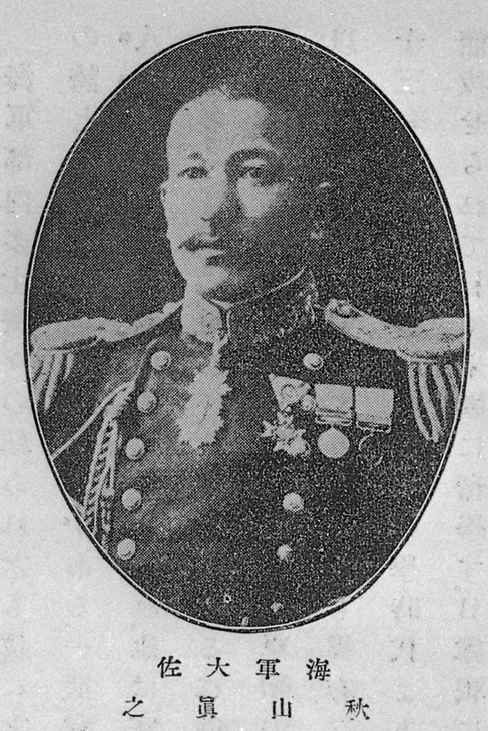