Naval officer. Born in Oita. His father, Shigetake, was a judge, while his elder brother, Katsuhiko, was a navy rear admiral. After studying at the Kogyokusha, he studied and graduated from the Naval Academy in 1889. In 1897, he was selected as an officer to study in Russia, and while serving as a resident military official in Russia, he toured Germany, France, and Great Britain. In 1900, he became lieutenant commander. He served in the Russo-Japanese War as torpedo officer of the battleship "Asahi". On March 27, 1904, while searching for his missing subordinate as the commander of the "Fukuimaru" during the second Lushun Port blockade operation, he was shot to death on the boat. He was posthumously promoted to commander, and became a deified national war hero. 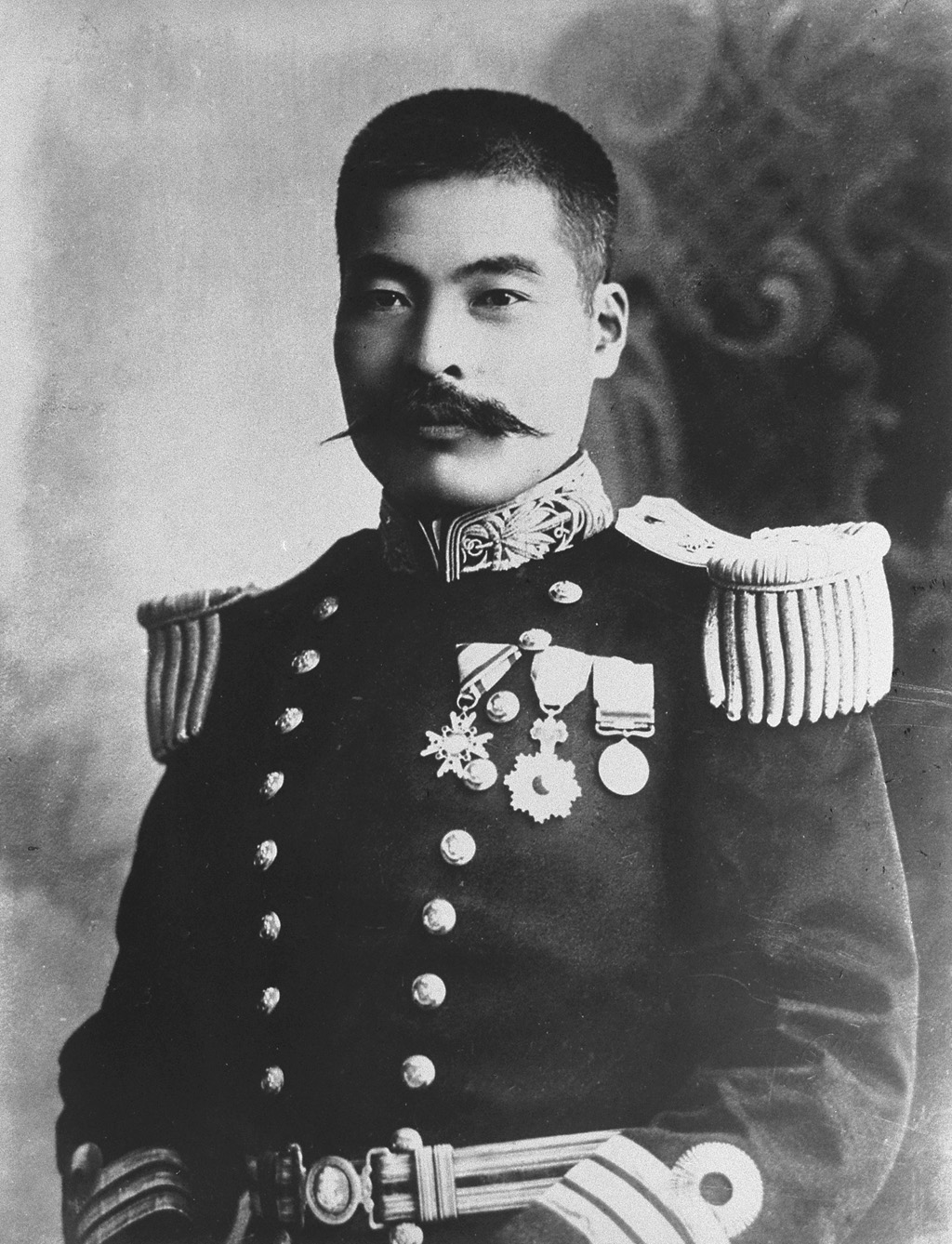