Leading businessman through the Meiji and Taisho Eras. Born in Saitama, the first son of a wealthy farmer. He served in the Hitotsubashi Family, and in 1867, while attending Paris International Exposition with Akitake Tokugawa, he gained knowledge of European industries and systems. In 1869 he served in the new government, and in 1872 he became Okura Daijo(officer of the Finance Ministry), but retired from it in the following year and entered the business world. While serving as general supervisor and president of the First National Bank, he made great contributions to the establishment and development of many modern enterprises such as Oji Paper, Osaka Spinning, and Tokyo Gas. Adopting the Analects (of Confucius) as standards of moral education, he advocated the "harmony of morality and the economy". In 1916, he retired from the business world, but continued to pour his efforts into social and public works and international friendship. He was awarded the title of danshaku (baron) in 1900 and shishaku (viscount) in 1920. 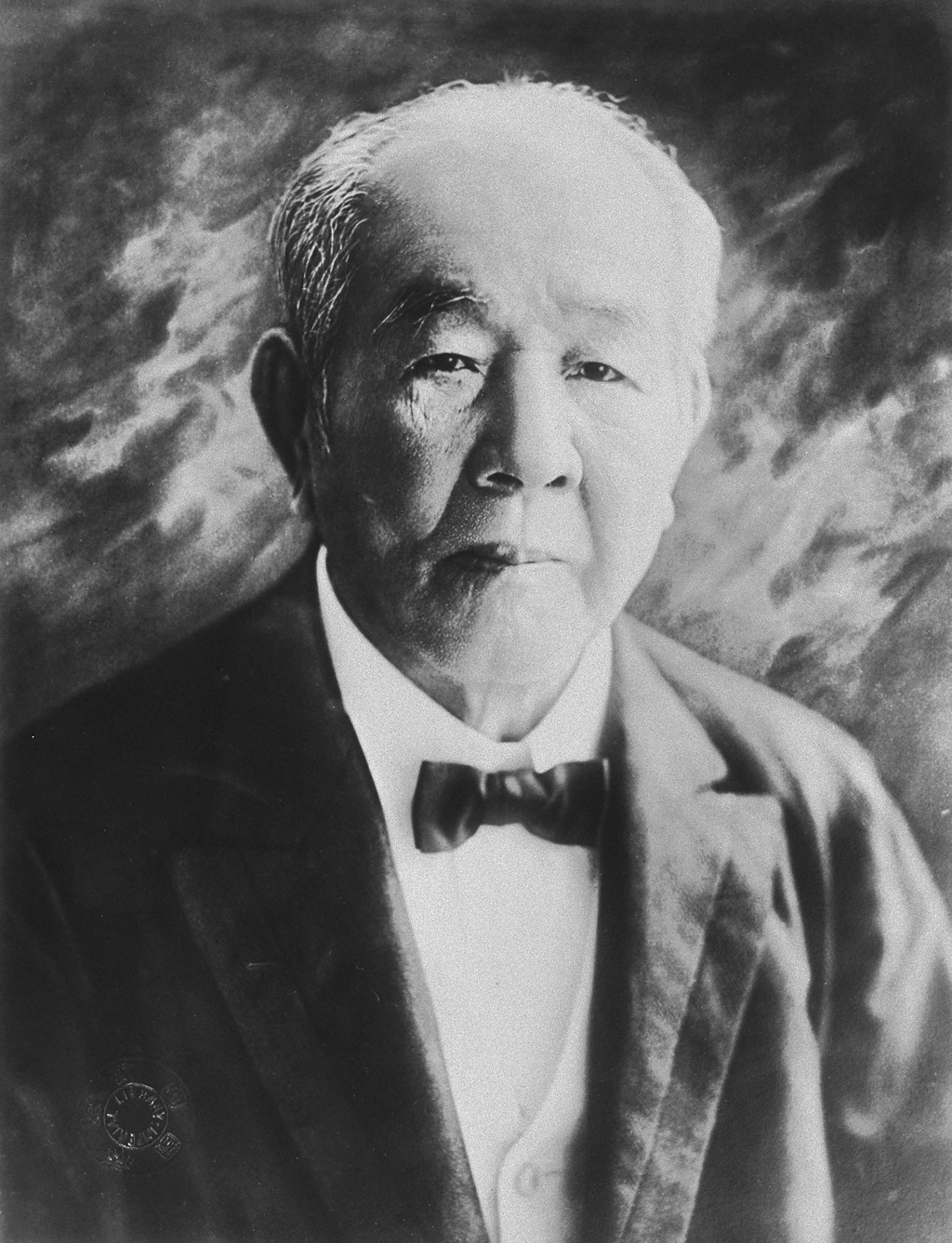