Novelist. The first daughter of a Chinese studies scholar, Shimizu Teikan. She graduated from Kyoto First Girl’s Higher School in 1881. In 1885 she married a civil rights activist and attorney, Okazaki Harumasa (some say his name was Masaharu), and started to advocate for women’s rights. She separated with Okazaki in 1889 and moved to Tokyo. She joined Iwamoto Yoshiharu’s publishing company Jogaku Zasshi-sha, became a press writer for the magazine Jogaku Zasshi (Magazine of Women's Learning), and engaged in the Freedom and People's Rights Movement. In 1981 she published Koware Yubiwa (The Broken Ring) in Jogaku Zasshi, which received positive reviews. She married an agricultural chemistry researcher, Kozai Yoshinao, next year. After that she published Imin Gakko (School of Immigrants), which dealt with the issue of burakumin, but after publishing Natsuko no Monoomoi (Natsuko’s Melancholy) (1901) she quit writing. 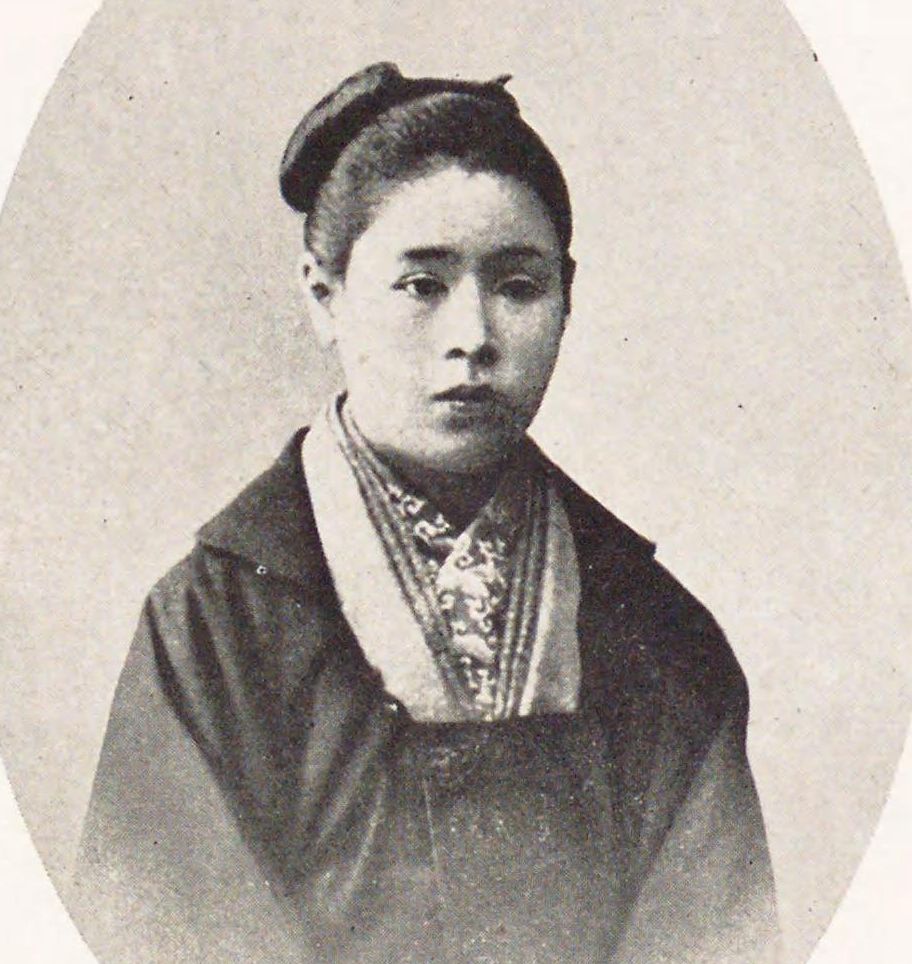