Novelist, critic and poet. In 1926 he self-published the poetry collection Yukiakari no Michi (Road Lit by Snow). He entered the Tokyo University of Commerce (later Hitotsubashi University) in 1928. Later he switched to novels and essays and made his literary debut with Seibutsusai (A Festival of Animals) in 1932 and thereafter wrote works with 20th century techniques. In the post-war era, he published the book Narumi Senkichi (1946-48) and was prosecuted for producing the translation of D. H. Lawrence's Lady Chatterley's Lover, which was suspected to be an obscene publication. After that incident, he published the full-length novel Hi no Tori (Firebird) (1949-53) as well as completing the masterpiece Nihon Bundan-shi (The History of Japanese Literature) (1952-69). 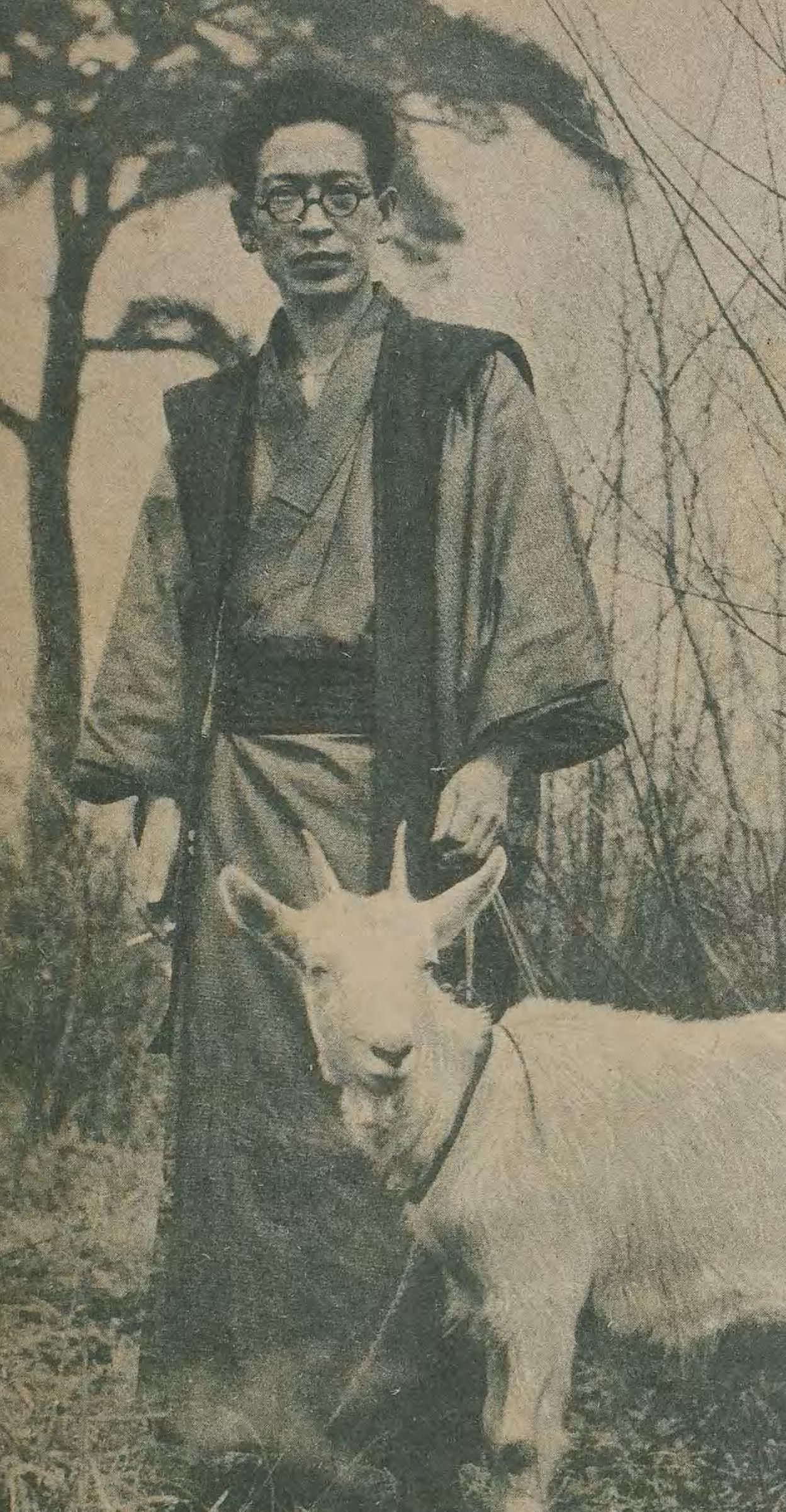