Novelist. While working as a waitress after moving to Tokyo, she started to socialize with Nakano Shigeharu and Hori Tatsuo, the writers of the magazine Roba (Donkey), and was inspired to write novels. In 1928, with her first novel Kyarameru Kojo Kara (From the Caramel Factory), she started to work as a proletarian literature writer. In 1932 she joined the Japanese Communist Party (JCP) and worked actively as a female member of the Union of Japanese Proletarian Writers, but she founded the Fujin Minshu Kurabu (Women's Democratic Club) in 1946 and was expelled from the JCP in 1964. Her pre-war works include Kurenai (Crimson) (1936-38) and her post-war works include Toki ni Tatsu (1975). 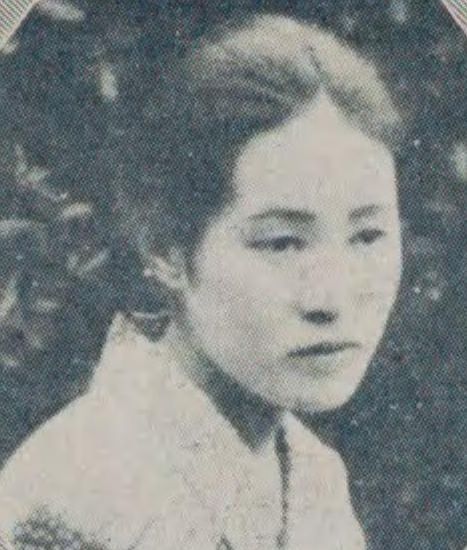