Novelist. After becoming acquainted with Ozaki Koyo and Yamada Bimyo, he joined the writers’ group Kenyu-sha in 1886. He published Sumizome Zakura in the magazine Garakuta Bunko in 1890. He dropped out of the Imperial University of Tokyo and after publishing works like Shizuhata and Shirafuji in 1893, he interacted with contributors to the magazine Bungaku-kai. Publishing some works like Shoki-kan (The Chief Secretary) (1896), which was referred to as a Kannen Shosetsu (social novel), he became a sought-after writer. Later he published travel journals and Kannon Iwa (1903-07), a novel set in a rural area in feudal society, but committed suicide in 1908. 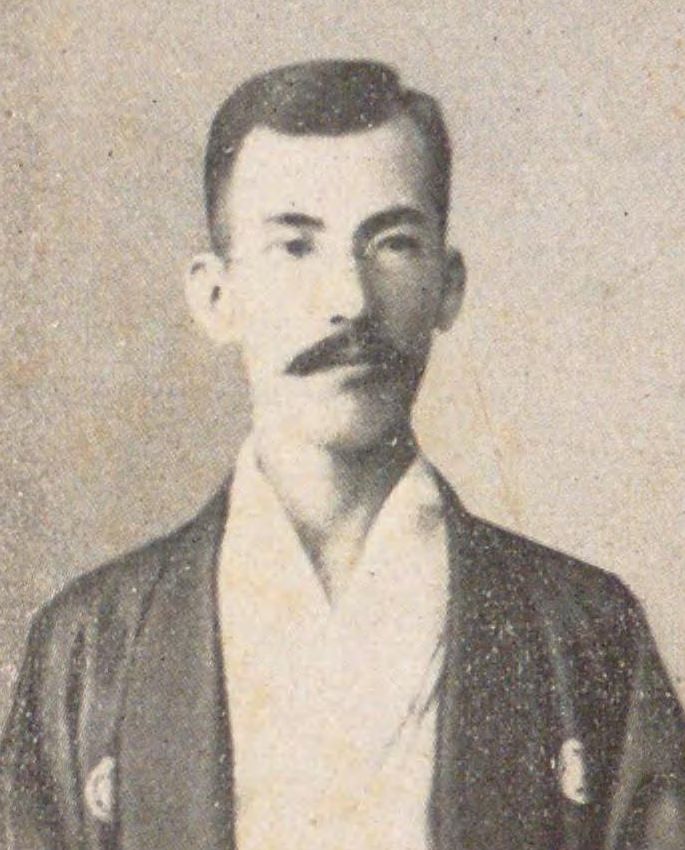