After graduating from the Imperial University of Tokyo in 1927, he joined the Home Ministry. He served as the police chief in several prefectures across Japan before serving as the director general of the Economy Bureau of the Tokyo Metropolitan Government in 1946 and the Superintendent-General of the Metropolitan Police Agency in 1948. He handled cases such as the Poporo Incident and May Day Incident. He resigned from the post in protest against the forcible passage of the revision to the Police Law in 1954. After serving as the Deputy Chief Cabinet Secretary, he ran successfully for the general election of members of the House of Representatives from the Tokyo first electoral district endorsed by the Liberal Democratic Party in 1958. He was subsequently elected six times in total and served as the Parliamentary Vice-Minister of International Trade and Industry as well as the Parliamentary Vice-Minister of Foreign Affairs . 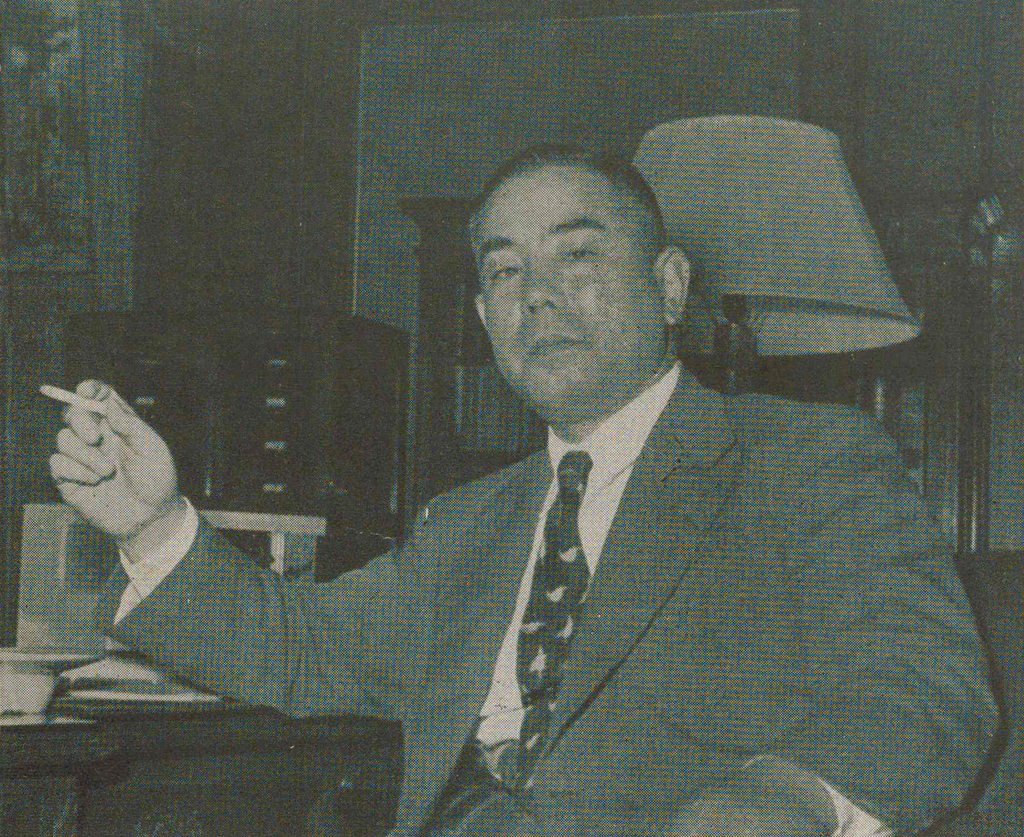