Son of a samurai of the Kumamoto clan. After studying at the clan school Jishukan, he went to Tokyo to study under Yukichi Fukuzawa. He served at the Tax Bureau and in Hyogo Prefecture before joining the Jiji Shinpo in 1883. He became the director of the accounting department. He took the position of the general manager of the Fujita-gumi (Fujitagumi group) in 1886. He served as consultant of the "Osaka Mainichi Shimbun" newspaper company in 1889 and became president in 1903. He was instrumental in business expansion and built a monopolistic structure between Asahi and Mainichi not only in the Kansai area but also in the Kanto area by creating a national newspaper. Against the view that a newspaper is a "social opinion leader," he publicly declared that "a newspaper is a commodity." He was selected as a member of the House of Peers by Imperial commandin 1930. 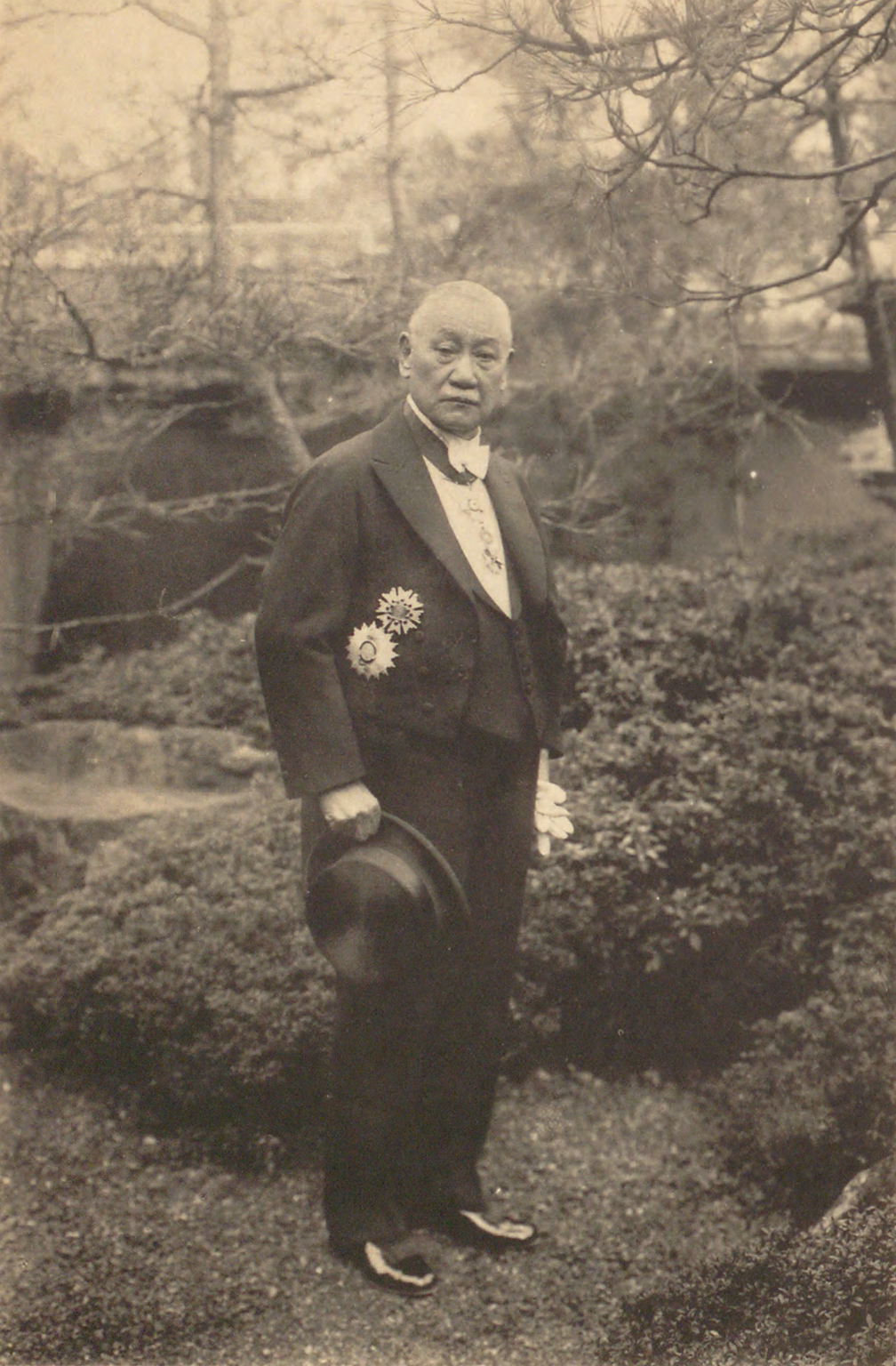