Son of a shore-boathouse owner. While student of the University of Tokyo, he formed the Otokai together with Azusa Ono in 1881. He was introduced to Shigenobu Okuma by Ono in 1882 and participated in the formation of the Rikken Kaishin-to (Constitutional Reform Party). He also participated in the establishment of the Tokyo Senmon Gakko (later the Waseda University) and served as lecturer. He became the editor-in-chief of the "Yomiuri Shimbun" newspaper company in 1887 and contributed to the increase in the number of its readers by turning it into a newspaper specializing in literature. He was elected a member of the House of Representatives in the first general election in 1890 and was elected six times in total. He served as the Director-General of the Trade Bureau of the Ministry of Foreign Affairs and senior Councillor of the Ministry of Education. He was selected as a member of the House of Peers by Imperial command in 1915 and appointed the Minister of Education in the second Okuma Cabinet. He assumed the presidency of Waseda University in 1923. He was elected a member of the Japan Imperial Academy in 1928. Jur. d. 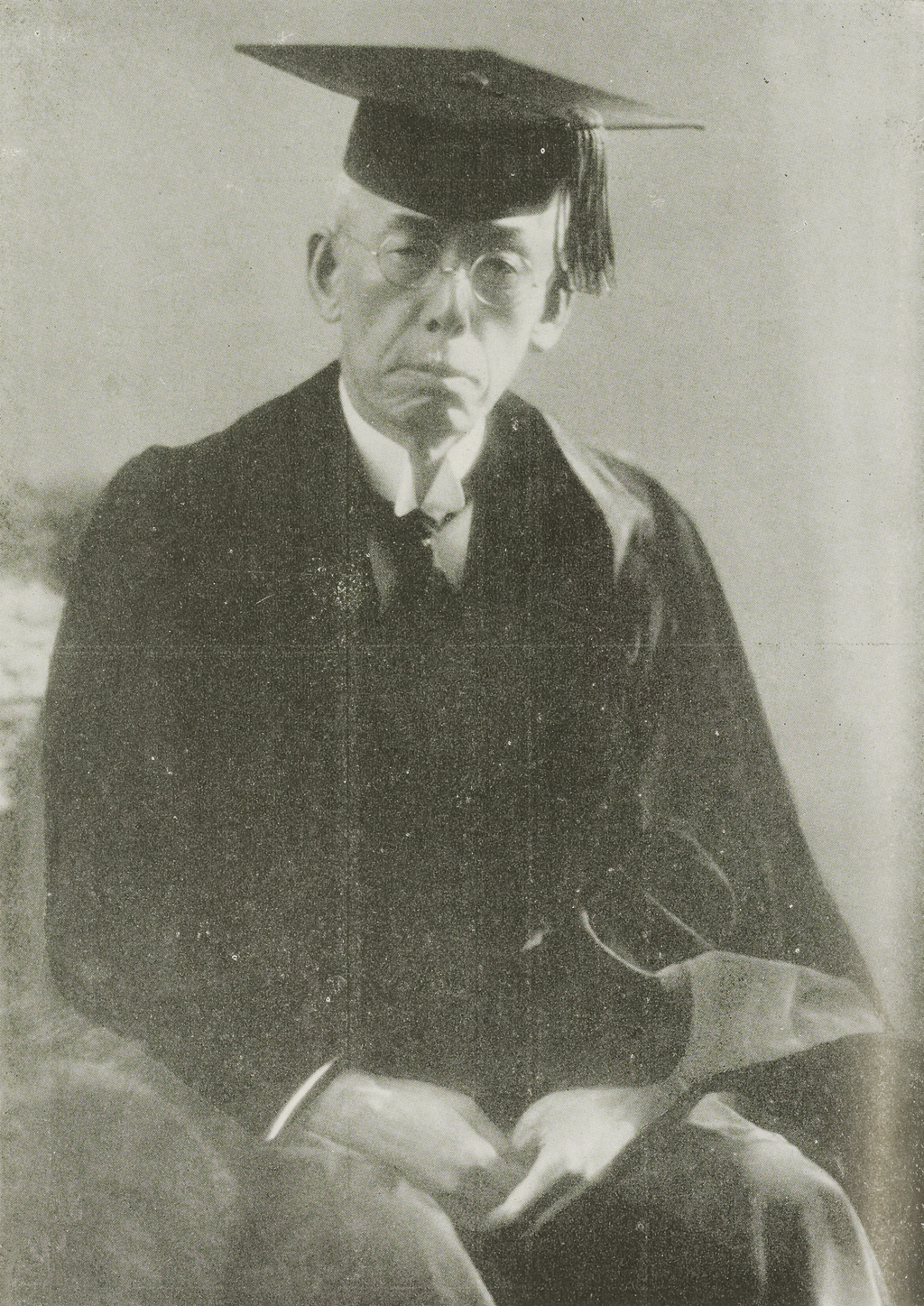