Historical geographer and literary figure. Despite his mostly self-taught knowledge, he became an elementary school teacher and joined the Yomiuri Shimbun newspaper company in 1892 and under his pen name Rakkasei he elaborated his theory on history. Around this time he began to write Dai Nihon Chimei Jisho (Dictionary of Japanese Place Names). He became a history teacher at the Faculty of Literature of the Tokyo Senmon Gakko (later Waseda University) in 1901. In 1907 he was promoted to a professor and finished the aforementioned work Dai Nihon Chimei Jisho, 11 volumes in total. He was also an expert on Japanese music history and contributed to the development of the study of Noh art through revising and publishing Zeami Juroku Bushu (16 Volumes of Zeami’s Works). In his later years, he studied Enkyoku (also called Soka). 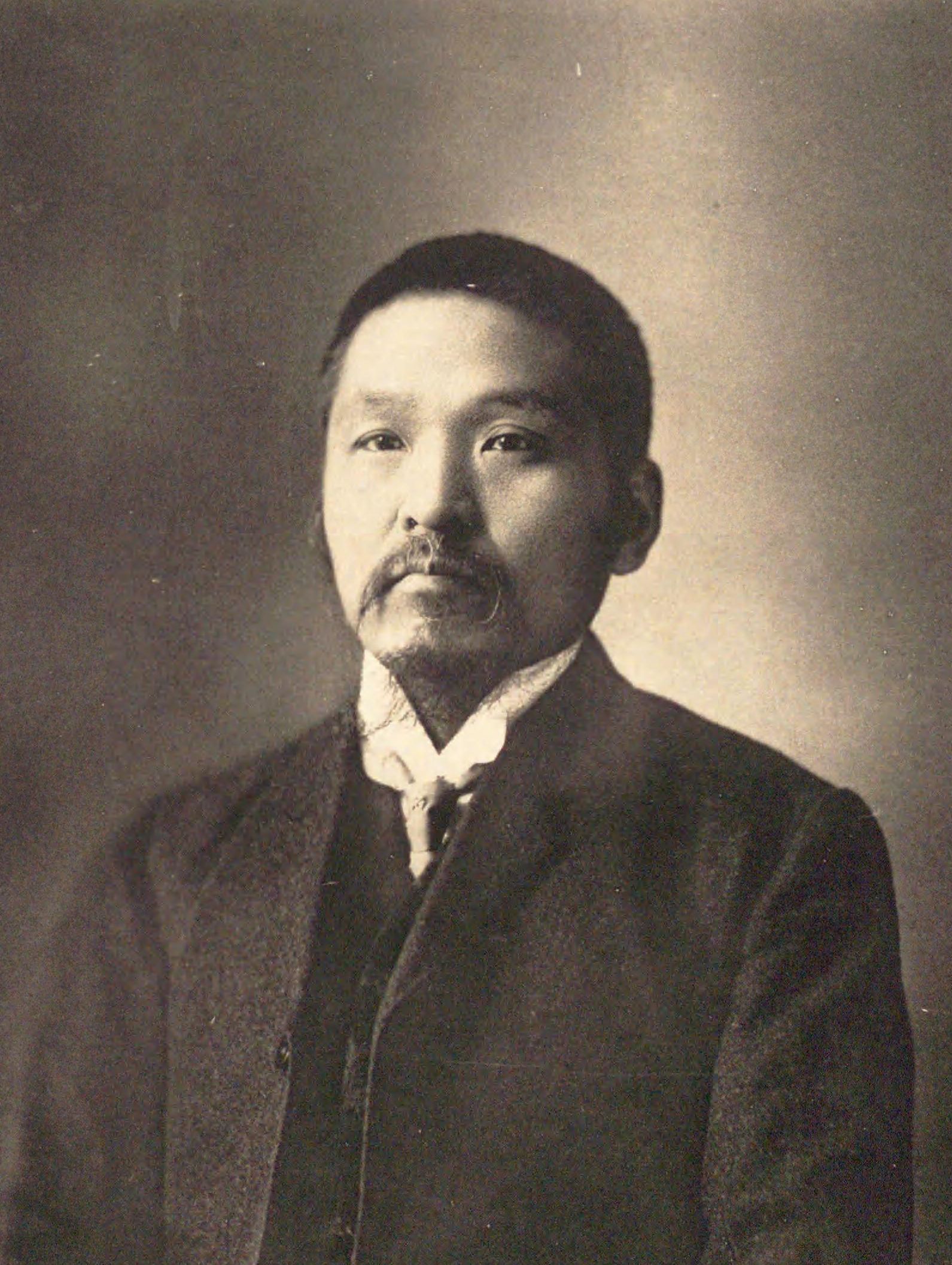