After graduating from the School of Political Science and Economics of Junior College at Waseda University in 1911, he joined the Osaka Asahi Shimbun newspaper company the same year. In 1934, he served as the chief editor of "the Tokyo Asashi Shimbun" and left the company in 1944 as the vice-president. He turned politician and took the position of the Minister of State and the president of then Bureau of Information of the Koiso Cabinet. After the war, he served as the Minister of State and Secretary of the Cabinet as well as the Bureau of the Information of Prince Higashikuni Cabinet. He also served as a member of the House of Peers. In 1946, however, he was purged from public office. After the lifting of the purge, he was elected a member of the House of Representatives of Jiyu-to (Liberal Party) in 1952 and contributed to the hoshu godo (merger of the conservative parties.) He served as the Minister of State and the Chief Cabinet Secretary in the fourth Yoshida Cabinet. He became the president of the Liberal Party in 1954 and the acting president of the Liberal Democratic Party in 1955. He met a sudden death in 1956. 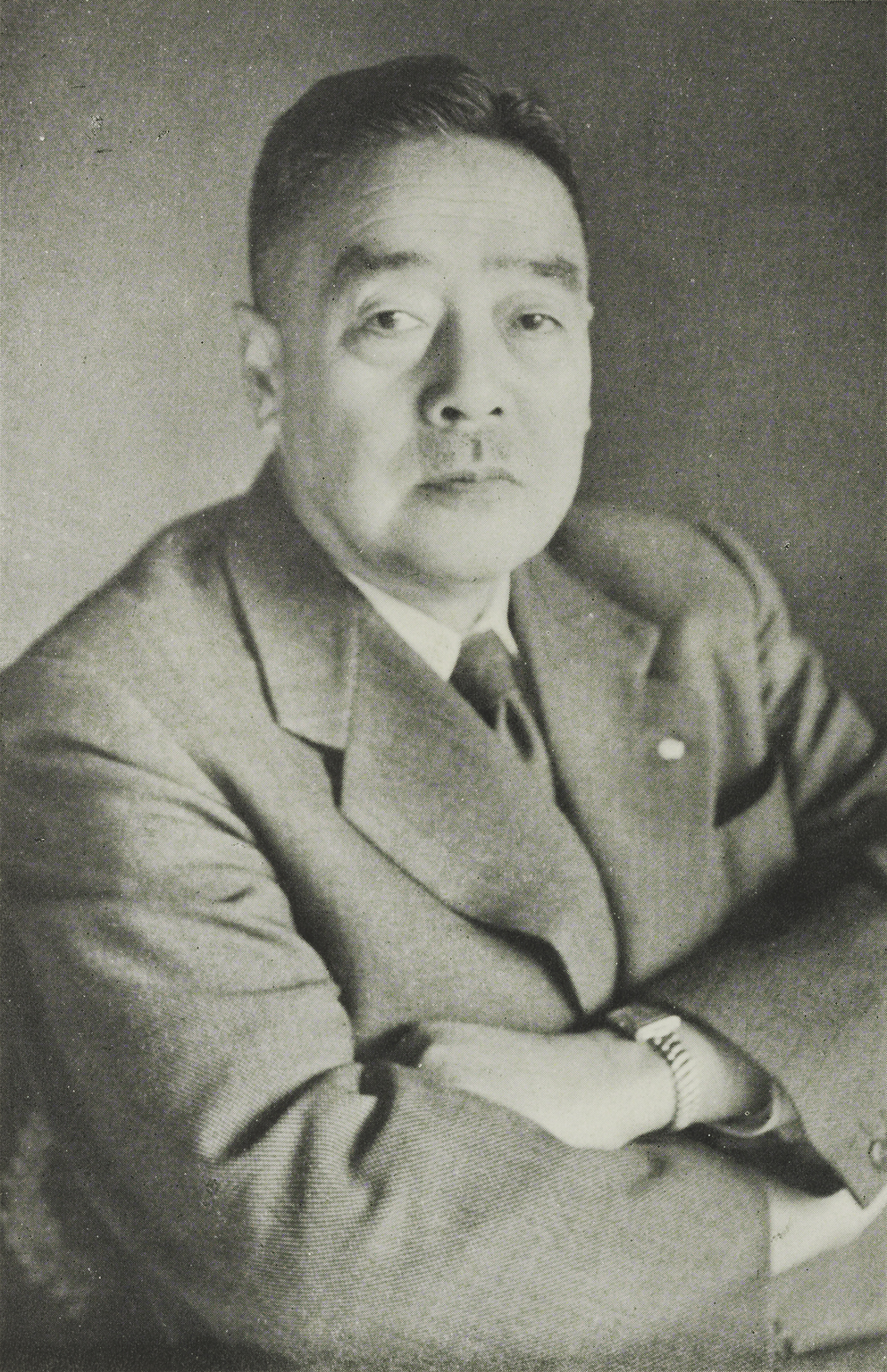